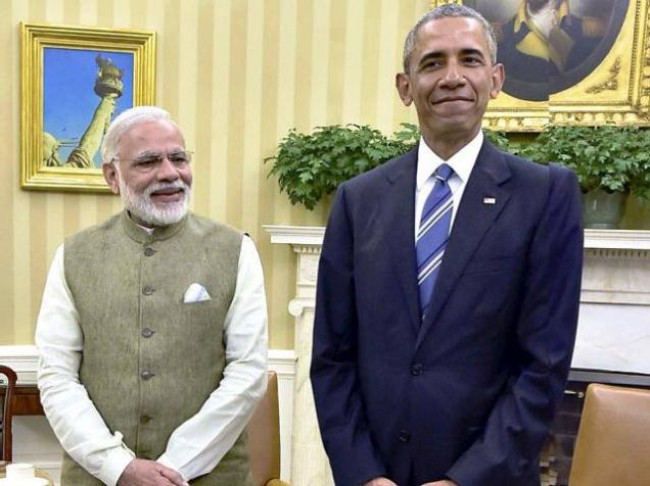 New Delhi, Jan 19 (IANS) Hours before he exits the White House, US President Barack Obama made a farewell call to Prime Minister Narendra Modi, thanking him for his partnership and to review bilateral cooperation in various fields, including defense and civil nuclear energy.

Modi in turn thanked Obama, who leaves the White House on Friday, “for his strong support and contribution to strengthening the strategic partnership between India and the US”, said an official statement.

“The two leaders reviewed with satisfaction the significant all round progress and cooperation in ties between India and the US in the past few years.”

Modi also conveyed his best wishes to President Obama in his future endeavours.

A White House statement said, President Obama spoke by phone with Prime Minister Modi “to thank the Prime Minister for his partnership and to review joint efforts of cooperation including defense, civil nuclear energy, and enhanced people-to-people ties”.

“Both leaders discussed the progress they have made on shared economic and security priorities, including recognition of India as a Major Defense Partner of the United States and addressing the global challenge of climate change”, the White House statement said.

Obama, who visited India twice in his eight year tenure, is leaving the White House on Friday. President-elect Donald Trump will be sworn-in as the 45th American President.

Among other South Asian neighbours, Obama also made a farewell call to Afghan President Ashraf Ghani, who was joined by Chief Executive Officer Abdullah Abdullah.

The outgoing President expressed “his deep appreciation for the steadfast partnership between the US and Afghanistan”.