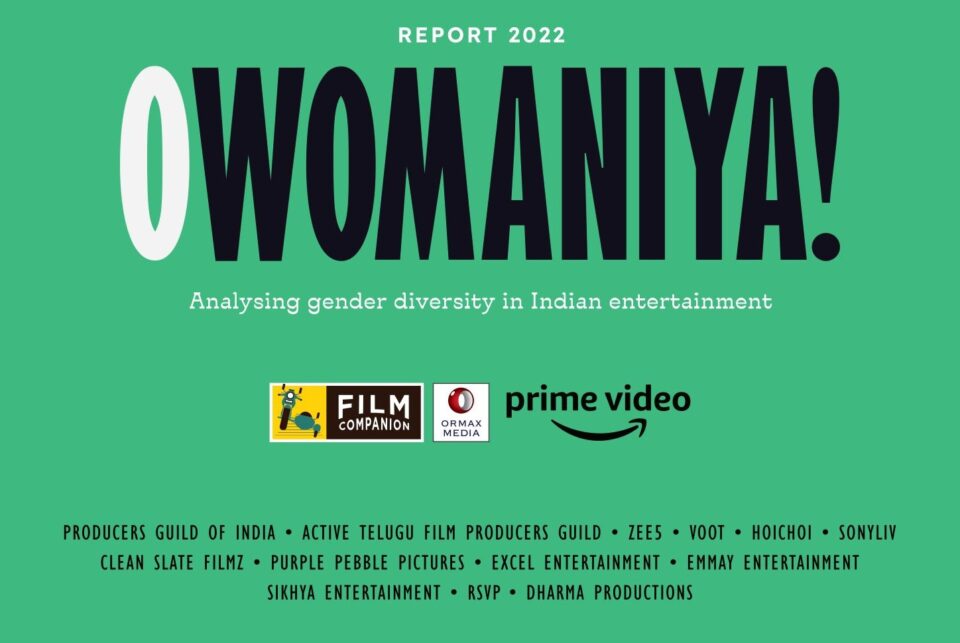 Speaking about the findings, Shailesh Kapoor, Founder-CEO, Ormax Media, said, “While it’s no surprise that female representation in mainstream entertainment is low, the degree of skew, such as 10:90 on some key parameters, should be a wake-up call. While streaming titles, especially series, are more women-inclusive in on and off-screen representation, theatrical films continue to perform very poorly, and in fact, have shown no positive growth at all since the previous report, which covered content released in 2019 & 2020. We hope that this report serves as a starting point for the industry to come together and discuss ways to address the evident imbalance.”

Anupama Chopra, Founder & Editor, Film Companion said, “Data is essential to understanding how drastically skewed the gender equation in the Indian film industry is. O Womaniya! provides us with the starting point for discussion and debate. Starting out as an effort by Ormax Media and Film Companion, the initiative has now found resonance with the entire industry. The support that we have received from film bodies, streaming services and studios is heartening. We will continue to build this momentum and hopefully lead the way to change.”

Talking about the significance of the report, Aparna Purohit, Head of India Originals, Prime Video said, “While there have been improvements in female representation in Indian entertainment, there hasn’t been any data-backed report in India that can hold a mirror up to the current reality. O Womaniya! 2022 fills the much-needed gap with its rich insights. We are thrilled to join hands with Ormax Media and Film Companion on an initiative that is in sync with our philosophy on equitable representation. The report serves as a good starting point to initiate discussions on the need to involve more women, particularly in decision-making roles, as that has a ripple effect on inclusivity in the entire ecosystem. Change has to be persistent and intentional, and we need to take constant steps to improve these numbers year after year.” Elaborating on the role of streaming in improving female representation, she added, “Streaming services have certainly opened the doors for more inclusive storytelling that provides greater opportunities to women. Streaming has given voice to more female storytellers resulting in an increase in stories that are driven by female characters with agency. At Prime Video, we have rolled out an inclusion policy playbook that has institutionalized certain guidelines to ensure just female representation on and off-screen. These range from mandatory female representation in writers’ rooms, and evaluating every script on specific parameters. I am certain that streaming is going to further lead the charge on diversity, equity and inclusivity in Indian entertainment.”

O Womaniya! 2022 was also supported by actor Vidya Balan, who over the last 17 years, has led and furthered the mandate on female-led stories across theatrical and streaming films like The Dirty Picture, Kahaani, Tumhari Sulu, Shakuntala Devi, Sherni, Jalsa, and more.

Reacting to the findings shared in the report, Vidya Balan said, “As an actor, I have noticed the change in female representation in films in the last decade and a half. From seeing just a handful of women on sets to now having women lead film-making by taking charge of direction, editing, and other key departments, we have come a long way. While this change has been underway for a while, it’s now become stronger with streaming services that have introduced the much-needed diversity in storytelling and on sets. However, the report indicates that we still have a lot of ground to cover. And this can only happen when we have more women in the boardrooms, prompting change right at the heart of decision-making. As female actors in positions of influence, we need to push for more female representation behind the camera in order to have more sensitive, authentic and relatable representation in front of it too. I am glad to be associated with the report and commend Ormax Media, Film Companion, Prime Video, and all other entities for taking the step towards documenting female representation in Indian entertainment. We now need to move the needle from intention to action, and work towards minimizing and disrupting biases.”

Sunitha Rangaswami, an independent consultant on gender and women’s economic empowerment provided counsel on making the Indian entertainment industry more inclusive for women. Her recommendations can be found here – https://owomaniya.org/#gender-expert

1 The Bechdel Test, conceptualized by Alison Bechdel in 1985, is seen as an internationally-accepted yardstick on gender representation in content. A film is considered to have passed the Bechdel Test if it has at least one scene in which two named women are speaking, and the conversation is about something other than men/ a man. For streaming series, the criterion was modified to include three scenes, given their longer runtime.

2 Trailer Talk Time is a test created exclusively for O Womaniya! In this test, the main trailer of the film or series is analyzed and classified by the speaking time allotted to the male and female characters. The test reports % speaking time that was owned by female characters. The test gives an insight into how producers and platforms are marketing content. At 75% trailer talk time being controlled by male characters, the results suggest that properties are being pitched from a male POV in their marketing.