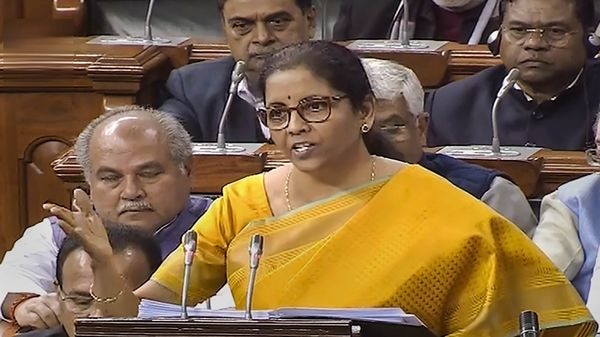 New Delhi, Feb 1 (IANS) There is a killer provision pertaining to non-resident Indians in the Union Budget for 2020-21 which states that an NRI who is not taxed in a foreign country will become taxable in India.

Revenue Secretary Ajay Bhushan Pandey said in the post Budget briefing: “Some people are residents of no country. They may be staying in different countries for certain number of days. So, if any Indian citizen is not a resident of any country in the world, he’ll be deemed to be a resident of India and his worldwide income will be taxed”.

This provision will hit those who have moved to tax havens and are yet to take up citizenship. Not only does taxation kick in for those not paying taxes elsewhere, the definition of NRIS has been changed in the Union Budget with a new stipulation much more tougher. To be categorized as an NRI, an Indian now has to stay abroad for 240 days, as against 182 previously. An Indian national who wants to claim the non-resident status can’t stay in India for more than 120 days or more in a year.

Daksha Baxi, Head, International Taxation, Cyril Amarchand Mangaldas, on tax amendments for NRIs said, “The number of days’ presence in India for remaining non-resident is reduced for those who are non-resident to 120 days from 182 days. This means that those who actually have their businesses in India and stay in India for more than 120 days while they are resident elsewhere, would now become resident in India”.

NRIS have to live outside India for more than 245 days to be able to remain out of Indian tax net, Baxi said. “Also an Indian citizen, who is not taxed elsewhere in the world for whatever reason and also not taxed in India because not being present in India for more than 120 days, will now be taxed in the country. This will hit those who have moved out of India to tax havens, but have not yet got their foreign citizenship”, she added.

Tax experts say it was entirely possible for high networth individuals to arrange the stay in India and abroad in such a manner that they would not pay tax anywhere and nor in India.

Gopal Bohra, Partner, NA Shah Associates, on the new proposed tax residency amendments said, “Currently, if a person who is a Citizen of India or a Person of Indian Origin, managed his stay in India such that he remained a non-resident in perpetuity, he was not liable to pay tax on his global income in India. It was entirely possible for high networth individuals to arrange his affairs in such a fashion that he would not be liable to be taxed in any other country and also not in India”.

Bohra said this will adversely impact high networth individuals using the domicile mechanism to evade tax globally. “The Union Budget 2020 has now proposed to introduce a deeming provision that every Indian citizen who is not liable to be taxed in any other country, by vitue of his domicile or residence, shall be deemed as a resident of India. Consequently, his global income would be taxable in India”, he added.

Experts have clarified that the person who is “resident of no country” and is out of India for 183 days (now more than 240 days from 1st April, 2021) just to maintain the NRI status, he will be considered as Resident of India and the income will be taxable.

Citing an example, experts say that if X lives in Dubai, UAE for more than 180 days, he is automatically a resident of UAE and the balance days if he is living in any other country taking the total to more than 240 days outside India, then only his Indian income will be taxable and he will be considered as NRI.

If X lives for 20 days in Dubai, 30 in the US, 50 in Europe etc, it means he is not a permanent resident of any country, so in that case, he will be deemed to be resident of India and his global income will be taxed.

‘Fair’ to be axed from Fair and Lovely cream