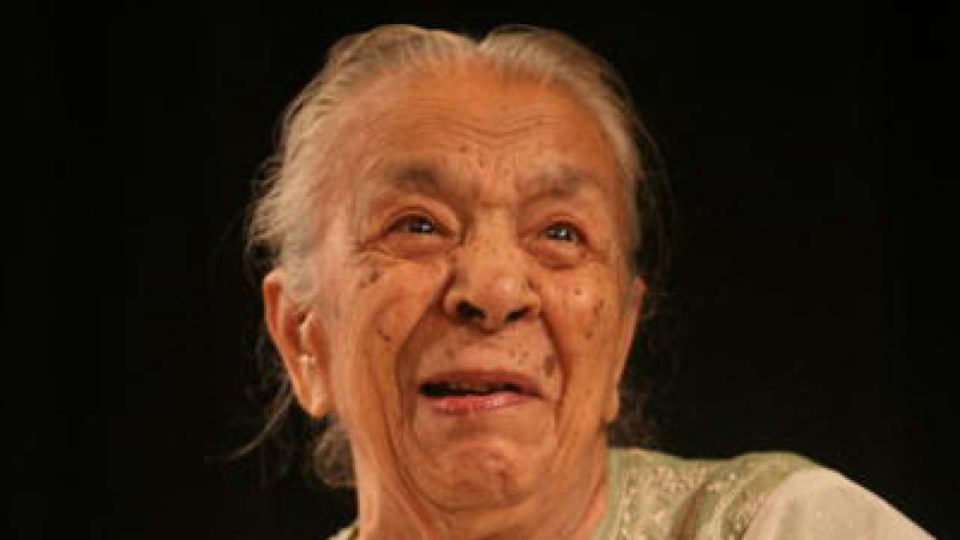 New Delhi, April 27 (IANS) Zohra Sehgal didn’t earn the epithet of Bollywood’s ‘laadli’ for nothing. On her 107th birth anniversary on Saturday, actress-filmmaker Pooja Bhatt recounted an incident involving the talent, whose endearing wit and charm continues to live on.

“I had the privilege of casting Zohra Sehgal in my first film as a producer ‘Tamanna’ (1997). On her first day on set, we asked her if she would like some tea or coffee. And with her eyes twinkling, she responded ‘No champagne?’ I am yet to encounter an actor or spirit with more spirit.”

The official Twitter handles of the National Film Archives of India (NFAI) and Cine And TV Artistes’ Association (CINTAA) paid a tribute to Zohra who remained ageless and timeless in her over seven-decade-long theatre and film career.

“Remembering celebrated actress Zohra Sehgal on her birth anniversary. She entertained the audiences with her charming performances,” read the post by NFAI.

As a youngster, Zohra was passionate about dance. Her tryst with showbiz began with dance when she joined Uday Shankar in 1935 and worked with him for a few years.

She went on to teach dance in Almora later, and that’s where she met painter and dancer Kameshwar Sehgal and married him. She later took to dramatics with the Prithvi Theatre in 1945. She worked with them for 14 years, travelling to various cities, and even joined the Indian People’s Theatre Association (IPTA).

She held the distinction of working with four generations of Bollywood’s famous Kapoor family – from Prithviraj Kapoor to Raj Kapoor, Rishi Kapoor to Ranbir Kapoor.

Zohra was also among the Indians to have an early taste of international entertainment. In the mid-1960s, she featured in an adaptation of Rudyard Kipling’s “The Rescue of Pluffles”, and then also anchored a few episodes of television series “Padosi”.

While she was in London, she featured in a film called “The Courtesans of Bombay”, directed by James Ivory in 1982. There was no looking back in international showbiz thereafter.

She went on to feature in TV series like “The Jewel in the Crown”, “My Beautiful Launderette”, “Tandoori Nights” and “Never Say Die”.

Zohra came back to India in the 1990s. She was around 80 years old then, and continued working.

Sanjay Leela Bhansali, who directed her in two of his films, “Hum Dil…” and “Saawariya”, had once said: “To call her a livewire is an understatement.”