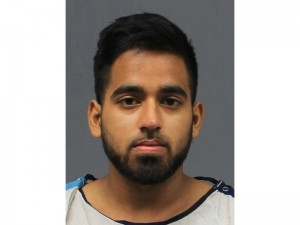 Twenty-two year Bhavuk Uppal, was driving drunk and allegedly hit a car that, in turn, crashed into an SUV, on July 10.

The car had three occupants – a young pregnant women, her husband and their infant child.

Uppal who has a long history of motor vehicle violations, has been charged with three counts of death by automobile, two counts of assault by automobile, causing death or injury and possession of drug paraphernalia as well as driving while intoxicated, weekly newspaper News India-Times reported.

“He has infractions for speeding, unsafe driving, driving without a license, fictitious plates, reckless driving, driving while suspended and has been involved in multiple crashes,” prosecutor Matthew Brown was quoted as saying.

The authorities were awaiting results from the blood alcohol levels tests.

“If the charges are to remain at second degree, he could be jailed for 50 years. If upgraded, it could be life,” added chief assistant prosecutor Matthew Troiano.

Uppal is currently in the Morristown County Correctional Facility and the next court hearing is set for August 11.