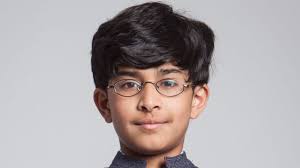 Washington, March 10 (IANS) An Indian American boy, with his terrific memory skills and mathematical abilities, is all set to lock horns with two other finalists in the second season of Lifetime Television’s competition “Child Genius: Battle of the Brightest”, a media report said.

Nine-year-old Arnav Krishna from New York stands a chance to win a whopping $100,000 college fund and the title of Child Genius 2016, the American bazaar reported on Wednesday.

The winner of the competition will be declared on Thursday night.

The Lifetime Television cited Arnav as someone “with an eye to becoming an architect and a mathematician when he is older” and as one who is always inquisitive and bears a researcher’s instinct.

“Arnav is off to a good start with successive rankings in national math competitions,” Lifetime Television was quoted as saying.

In addition to his academic prowess, Arnav is also good at playing tennis. He loves piano, swimming and chess.

The second edition of the competition, which premiered on January 7 this year, featured some of the most extraordinary and talented children in the US as they braced for the ultimate battle of the brains.

The competition, created in cooperation with the American Mensa — a standardised intelligence test, takes place over ten weeks and tests the nation’s brightest young minds on their knowledge in categories such as math, spelling, geography, and current events.