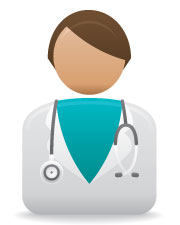 New York, March 27 (IANS) An Indian-American pediatrician with a New York practice has admitted he accepted bribes in exchange for test referrals as part of a long-running scheme operated by a New Jersey diagnostic laboratory.

Surender Gorukanti, 46, who had a practice in Staten Island and Brooklyn, pleaded guilty Wednesday before US District Judge Stanley R. Chesler in Newark federal court to an information charging him with one count of accepting bribes, according to a media release from New Jersey US Attorney’s office.

Including Gorukanti, 25 people “including 14 physicians” have pleaded guilty in connection with the bribery scheme operated by Biodiagnostic Laboratory Services (BLS) of Parsippany, New Jersey, its president and numerous associates, US attorney Paul J. Fishman said.

The scheme, its organisers have admitted, involved millions of dollars in bribes and resulted in more than $100 million in payments to BLS from government-run Medicare and various private insurance companies.

Gorukanti admitted he accepted checks of $1,000 per month as bribes from BLS in return for referring patient blood specimens to BLS.

The bribery count to which Gorukanti pleaded guilty carries a maximum potential penalty of five years in prison and a $250,000 fine.

Sentencing is scheduled for June 16. As part of his guilty plea, Gorukanti agreed to forfeit $14,000, representing the bribes he received, from BLS.

The investigation has recovered more than $7 million to date through forfeiture.