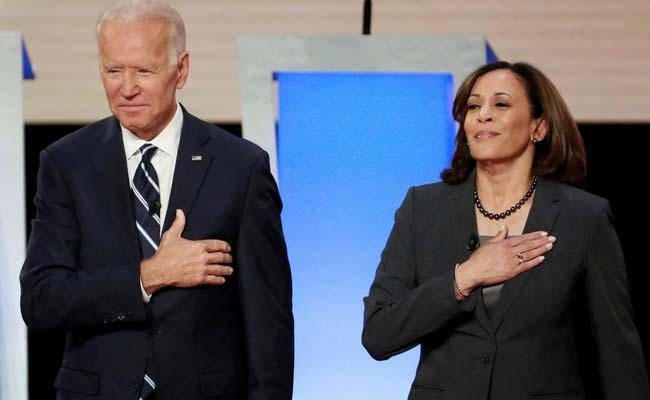 The claims are made in forthcoming book, “This Will Not Pass: Trump, Biden and the Battle for America’s Future”, by Alexander Burns and Jonathan Martin.

The new book emerges as Biden’s approval ratings dropped to a new low of 40 per cent this week.

The book, which will be out in May, is twisting the knife by alleging that the widespread public perception of Kamala Harris as imperious, insecure and out of her depth is shared even in the White House, Daily Mail reported.

According to leaked excerpts of the book to Politico, the relationship between the Biden and Harris camps is getting worse and is now characterized by anger, mutual contempt and turf wars, the report said.

A senator close to her said Harris’ “frustration is up in the stratosphere” and she’s told White House aides in “frank terms” that she doesn’t want her remit to be restricted to a few issues “mainly associated with women and black Americans”, Daily Mail reported.

Biden insiders, meanwhile, prefer a different explanation: The Vice President is simply not up to the job. Harris has gone so far as to complain that White House staff were not standing up when she entered a room, the report said.

“Some of Harris’ advisers believed the President’s almost entirely white inner circle did not show the VP the respect she deserved,” the book says, Daily Mail reported.

“Harris is worried that Biden’s staff looked down on her; she fixated on real and perceived snubs in ways the West Wing found tedious.”

Harris also clashed with the President’s office over her foreign policy role, the authors claim. Her team had wanted her to oversee America’s relationship with Scandinavian countries – an obviously fairly easy job.

But as Barack Obama’s VP, Biden had taken on Central America – a far bigger challenge, as it includes the problem of illegal immigration across the Mexican border.

The Biden camp felt it only reasonable that Harris did the same, alongside overseeing voting reform — another tricky responsibility, albeit one she’d asked for.

The book — whose allegations the administration has done little to dispute beyond noting they are ï¿½unattributed’ — claims that Biden staff have grown tired of complaints by the VP and her cheerleaders that she’s been set up to fail (although why Biden would want to do that appears less clear), Daily Mail reported.

RRR: Uninspiring, despite its magnum opus look and feel