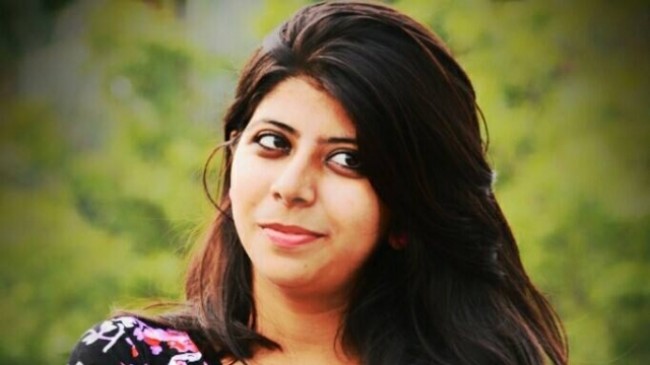 Kolkata, March 4 (IANS) US National Aeronautics and Space Administration (NASA) has denied an Indian teen girl’s claim that she was selected for its prestigious Goddard Internship Program (GIP) under the Goddard Institute for Space Studies (GISS). However, the girl still sticks to her stand.

Eighteen-year-old suburban West Bengal resident Sataparna Mukherjee has attested to being the “youngest Indian to have been chosen for a NASA research project”.

The resident of Madhyamgram in North 24 Parganas district claimed in an interview to IANS that the space agency had offered her a full scholarship to pursue graduation, post-graduation and PhD (as NASA faculty) in aerospace engineering at its “London Astrobiology Centre in Oxford University.”

In an e-mail to IANS, a NASA official clarified: “We have no record of anyone by that name receiving an internship, scholarship or any form of academic or financial assistance from any NASA institute, center or program.”

Further the official highlighted: “The program noted by multiple Indian media outlets does not exist.”

The agency said its NASA GISS education program is the New York City Research Initiative (NYCRI), “where teams of high school and undergraduate students and faculty work alongside graduate students and the lead scientists of NASA-funded research projects at universities within a 50-mile radius of New York City…, or at the NASA Goddard Institute for Space Studies (GISS) under the mentorship of a GISS scientist.”

NASA said the NYCRI application deadline has just passed and applications for its summer program were currently under review. “Selections have not been made.”

However, an unfazed Mukherjee, who claims she is scheduled to leave for Britain in August, maintains she has the necessary documents to prove her assertions.

Mukherjee had earlier sent a screen-shot to IANS of a purported correspondence from the space agency stating “Goddard Internship program as an employee and researchist. Technical writing for NASA’s Applied Earth Science and Technology Development Program.”

Quizzed on NASA’s reaction, Mukherjee told IANS that the agency was issuing denials to maintain confidentiality.

“I have the necessary documents and I can’t send them via mail as I was asked by NASA to maintain confidentiality. I also have my visa. You can come and see them.”

On the widespread media coverage and the interviews she willingly appeared for, the student said she was “forced by media channels” to tell her story.

“Since I am the only Indian selected, I was asked to maintain confidentiality. They (NASA) are denying it now because it’s in the news now.”

Mukherjee has maintained she had posted a paper on NASA’s website on black hole theory which landed her the scholarship. She had also talked about getting through an exam (as one of top three scorers) for doing major in English at the Oxford University. However, even after repeated requests she failed to provide documentary evidence.

Media reports have quoted Sataparna as saying she verified the authenticity of the NASA website at the Chennai office of the British Council.

However, the British Council termed the claims as “false”.

“British Council would like to refute and condemn false claims as they are baseless and without any premise. As per our records, nobody with this stated identity visited or contacted our office in Chennai,” a British Council official told IANS over e-mail.

Man busted for backseat driving goes on another driverless cruise