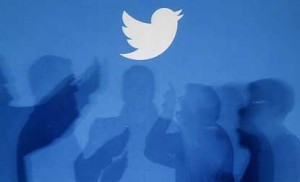 New York, Nov 8 (IANS) A mysterious India-born investor is said to be among the big winners from Twitter’s initial public offering as its stock zoomed to $31.7 billion after its first day on the stock market, according to media reports.

Suhail R. Rizvi, 47, runs a private investment company that is the largest outside investor in Twitter, with a 15.6 percent stake worth $3.8 billion at the end of trading Thursday, the New York Times reported.

“Using a web of connections in the tech industry and in finance, as well as a hearty dose of good timing, he brought many prominent names in at the ground floor, including the Saudi prince and some of JPMorgan’s wealthiest clients,” the influential daily said.

“Rizvi’s rise illustrates how a new tech investor class with deep Wall Street connections is carving new paths into the unfamiliar and insular terrain of Silicon Valley,” it said.

“His money and connections have also led to slices of several other hot start-ups: Flipboard, the social news app; Pinterest, an online pinboard; Square, Jack Dorsey’s payments service; and Twitter, Dorsey’s other company,” the Times said.

Rizvi was born in India and raised in Iowa Falls, Iowa, and although he is known as a quiet man, he has built a powerful and diverse group of friends from his perch in Greenwich, Connecticut, according to the Times.

Those in his circle include Richard Branson, founder of the Virgin Group, and Salar Kamangar, chief executive of YouTube. And Rizvi has been seen partying atop Eric Schmidt’s yacht, the Oasis, at Cannes, it said.

According to a Forbes profile, Rizvi has served as a member of the US business magazine’s Board of Directors since April 2003.

Since 2004, Rizvi has served as founder, Chairman and Chief Investment Officer of Rizvi-Traverse Management LLC and other related funds.

Rizvi has over 20 years of private equity investing experience for his own account and as a fiduciary for institutional investors through various entities or funds as founder, principal or manager, it said.

Rizvi received his BS degree in Economics from the Wharton School of the University of Pennsylvania and sits on the Wharton Undergraduate Executive Board.