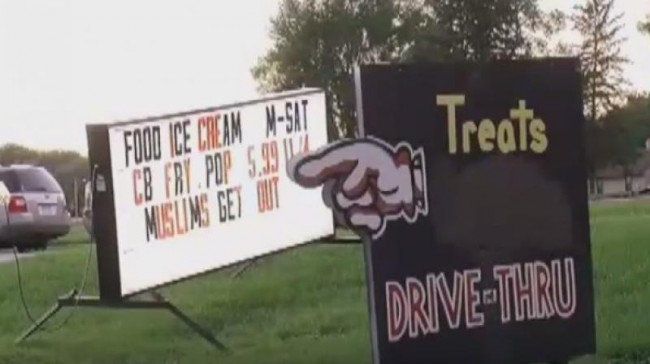 Washington, Sep 21 (IANS) The Minnesota chapter of the Council on American-Islamic Relations (CAIR-MN) said they were reaching out to a business owner who put up a “Muslims Get Out” sign outside his restaurant to invite him to mosque.

The hope is that by giving Treats Family Restaurant owner Dan Ruedinger an opportunity to come to a mosque and interact with Muslims, he will learn more about Islam and the local Muslim community, kare11.com reported on Tuesday.

“Our experience has shown that interaction with ordinary American Muslims and enhanced knowledge of Islam are key factors in the reduction of Islamophobic attitudes,” said CAIR-MN Executive Director Jaylani Hussein.

“We invite Ruedinger to visit the mosque in Fairbault and to learn more about Muslims and Islam in Minnesota.”

Hussein also thanked community members of different faiths and backgrounds who demonstrated outside the Lonsdale restaurant and spoke out against the “Muslims Get Out Sign” on social media.

It was, however, not known if Ruedinger will accept the invitation.