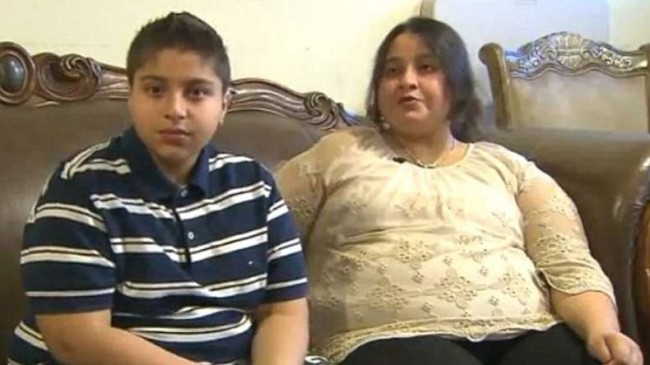 New York, Aug 18 (IANS) A Muslim mother of Pakistani origin has sued a New York school for $25 million claiming her disabled son was forced to sign a confession saying he was part of the Islamic State terror group.

Nubaisha Uppal, a resident of Long Island, claimed senior staff at East Islip Middle School bullied her son, Nashawn, 12, into falsely confessing he was a terrorist, the media reported on Thursday.

Attorney David Antwork said Nashawn, who emigrated to the US from Pakistan, was pressured into signing the confession despite not knowing what the word “terrorist” meant because of his severe social and learning difficulties.

According to the Daily Mail, Nashawn was bullied in the school cafeteria on January 6 by a group of older students, who repeatedly questioned his identity. After learning he was from Pakistan, it is alleged that the students began calling Nashawn a “terrorist” and asking him what he was planning to blow up next.

The abuse continued for ten to 15 minutes, the suit alleges, before Nashawn finally agreed with his tormentors that he was a terrorist. The suit alleges that Nashawn was only repeating the word “terrorist” without knowing what it meant, and when questioned later said it referred to “someone who travels”, like a tourist.

Nashawn’s family said that the following day of the abuse the assistant school Principal Jason Stanton removed him from a gym class and took him to his office. Inside the office Stanton was joined by Principal Mark Bernard, before the duo grilled Nashawn over his terrorism claims.

Stanton conducted an illegal search of Nashawn’s bag and was then accused of telling Nashawn that he had to write a confession admitting he was part of the IS and knew how to make bombs before he would be allowed to leave the office.

As part of the suit, Nashawn’s mental capacity by the district’s own staff is made clear that he is unable to understand the meaning of basic words, or follow logic in sentences, the Daily Mail reported.

The family is now suing for $25 million in compensatory and punitive damages, alleging that they have suffered nightmares, sleeplessness, fear, and stress as a result of the questioning.