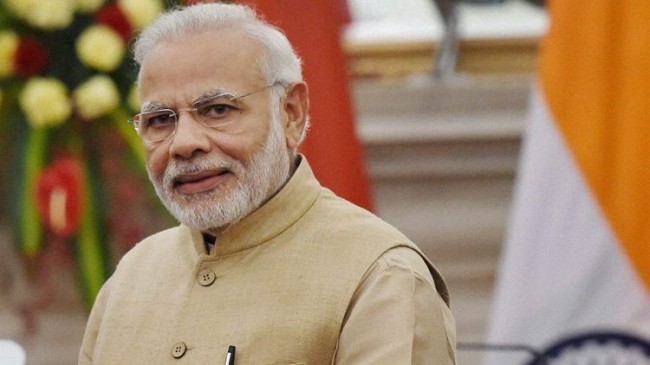 New York, May 9 (IANS) Prime Minister Narendra Modi figures among the 10 most powerful people in the world in US magazine Forbes’ 2018 list that is topped by Chinese President Xi Jinping, while Reliance Industries (RIL) Chairman Mukesh Ambani is the only Indian businessman to feature in the list of 75.

Modi, who is ranked 9th and Ambani at 32, are the only two Indians on the Forbes World’s Most Powerful People list that was released here on Tuesday.

“There are nearly 7.5 billion humans on planet Earth, but these 75 men and women make the world turn. Forbes’ annual ranking of The World’s Most Powerful People identifies one person out of every 100 million whose actions mean the most,” Forbes said.

Xi tops the list for the first time, replacing Russian President Vladimir Putin, who drops to second place after being named the most powerful person in the world for four years in succession.

“Xi Jinping seizes the top spot for the first time ever after China’s congress amended its constitution in March, broadening his influence and eliminating term limits. He enjoys a cult of personality not seen since Chairman Mao,” Forbes said.

“Modi has raised his profile as a global leader in recent years during official visits with US President Donald Trump and Xi Jinping. He has also emerged as a key figure in the international effort to tackle climate change, as warming affects millions of his country’s rural citizens,” it said, adding that Modi “remains hugely popular”.

Ranking Trump in third position, the American magazine said he “has seen limited success pushing his agenda through a Congress controlled by his own party, is under investigation by multiple law enforcement agencies, and can’t shake off scandals arising from his personal and business life – but he’s still Commander in Chief of the world’s greatest economic and military power.”

Earlier this year, Putin was re-elected Russia’s President for a fourth term with nearly 77 per cent of the vote.

“That’s the largest margin of victory for any candidate for the office since the fall of the Soviet Union,” Forbes said.

“This year’s list highlights the consolidation of power in the hands of an elite few.”

Forbes said the Ambani-led RIL sparked a price war in India with the launch of 4G phone service Jio in 2016.

While Facebook CEO Mark Zuckerberg is ranked 13, British Prime Minister Theresa May is at 14 and Apple CEO Tim Cook has been ranked 24th this year.

Ranking the Indian-origin Microsoft CEO Satya Nadella in 40th place, Forbes said he had steered the company away from a failing mobile strategy and focused on other segments, including cloud computing and augmented reality.

“Since taking over as a CEO, Microsoft’s stock has increased by more than 150 per cent,” it said.

“His father remains king, but ‘MBS’ has consolidated power beyond any doubt and taken control of the country. In November 2017, he launched an anti-corruption campaign that caused many prominent Saudis to be arrested and forced to turn over their fortunes.

“The crown prince will be the fulcrum around which the Middle Eastern geopolitics moves for the next generation,” Forbes said.

Other new members include US Federal Reserve Chairman Jerome Powell (11), Exxon Mobil Chief executive Darren Woods (34) and US Department of Justice Special Counsel Robert Mueller (72), who is investigating whether there was any collusion between Russia and the Trump presidential campaign.