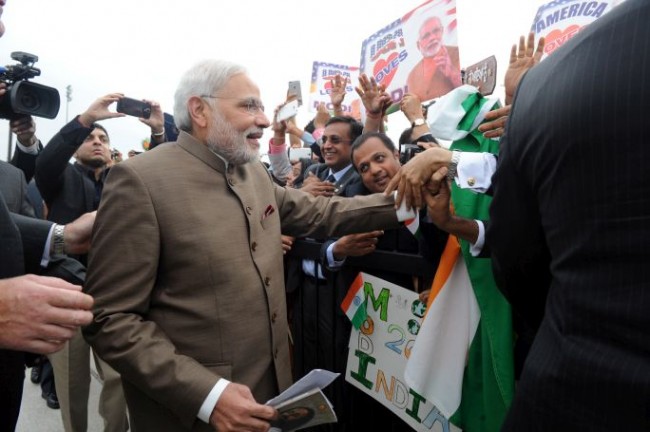 Washington, March 31 (IANS) Prime Minister Narendra Modi on Thursday was greeted by enthusiastic members of the Indian community in Washington DC where he is to attend the Fourth Nuclear Security Summit.

Modi, who arrived late in the night from Brussels, shook hands and smiled and waved at the Indian community members on way to the White House to attend the security summit where world leaders from over 50 countries are expected to share their assessment of the threat from nuclear weapons and materials.

During his two-day stay in Washington, Modi is scheduled to interact with a number of world leaders, including host President Barack Obama and UK Prime Minister David Cameron.