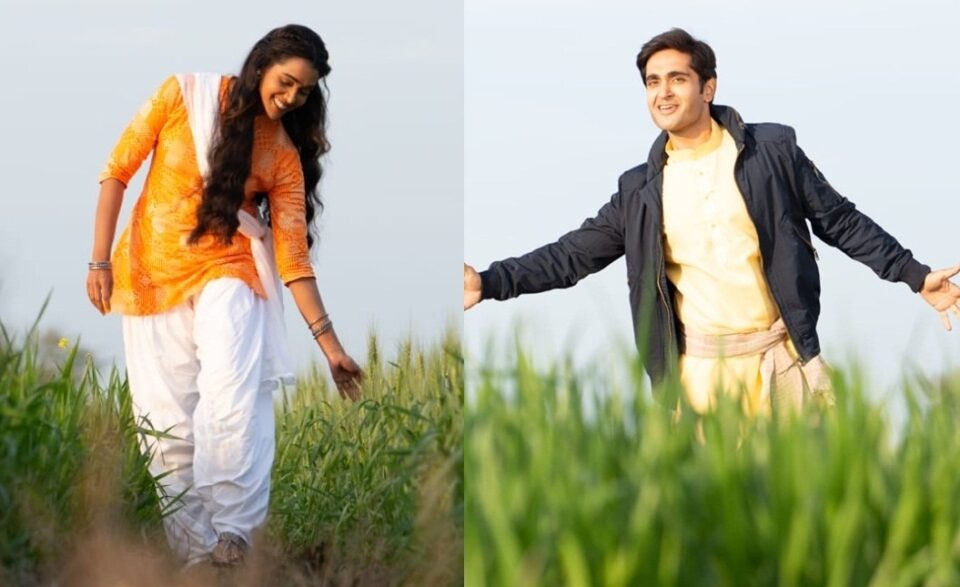 With its title, derived from the song of the 1967 released ‘Upkar’, this well-meaning, inspirational and unpretentious film is meant to stir a patriotic urge among its audience, which it does to a certain extent.

A conceptual film designed to revolutionize the youth, the narrative mirrors society of modern India. It reflects the angst amongst the youth of the country and the rural-urban divide. It also offers a solution for a better tomorrow.

Perfunctorily and formulaically mounted with a by-the-numbers plot, the narrative follows the journey of young engineers Ajay (Divyendu Sharma) and his friend Sameer (Anant Vidhaat) from being abject urban failures to icons of rural India.

The first act tells us how bogged with an educational loan, lack of opportunity to earn a reasonable living, and not enough finance for a start-up, Ajay and Sameer are driven to abject misery and attempt suicide.

But after a failed attempt of jumping on the tracks, under a moving train, they decide to board a train and find an idyllic spot and moment, to give up their lives, but fate has other plans for them.

The second act takes place in Salamatpur in Madhya Pradesh. Our heroes land up there, by happenstance, where they are exposed to the great Indian reserve and kindness that bridge the culture of the vast Indian sub-continental landscape.

Here they meet a garishly dressed Pappan Khan (Inamul Haq), a good soul who mistakes them for someone else and takes them to his village and home, where they meet farmers who are driven to poverty and harassed by loan sharks. How the duo becomes the messiah of the villagers forms the crux of this narrative.

The final act with Annu Kapoor at the helm seems like a rushed job to end the film on a patriotic note.

The film is Divyendu Sharma and Anant Vidhaat’s canvas. As Ajay and Sameer, they are both sincere and natural in their performances.

Anupriya Goenka as Ajay’s love interest Jumki and Rutuja Shinde as Sameer’s love interest Shilpa, they have a minor part in the broad framework of the narrative, and they deliver their chops with all earnestness.

In Salamatpur, the minutely observed characters, mostly non-professional actors, are endearing, honest, and fascinating. The old-wrinkled faces in the film are among its treasures. It reveals to us the undying spirit in the aging body. The discomfort of some of the actors in smaller roles which is obvious, adds to the film’s overall charm.

Farrukh Jaffar as Pappan’s grandmother is amusing. Her character is painstakingly crafted, and she effortlessly delivers her lines like the plaintive bleating of sheep. She gives a phenomenally realistic and warm performance.

On the technical front, staged on a moderate scale with great production values, each scene is well-crafted and painstakingly executed. While some scenes are overly dramatic, the film buoys on a high-pitched note feeling unnatural and staged at times. Also, the frames in the title song appear forced to create an artistic impression.

Overall, the film is engaging despite appearing like a story of a bygone era. You empathise with its makers but in the end, the film does not stir you emotionally.