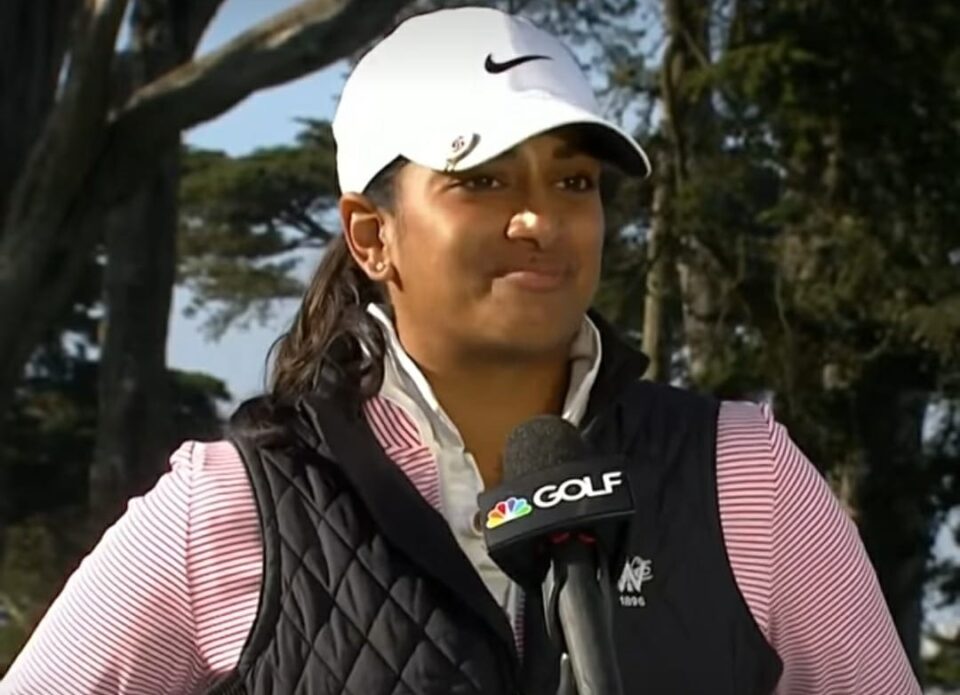 New York, June 5 (IANS) Indian-American teenager Megha Ganne from New Jersey is drawing high praise from across the sporting world and beyond after storming into shared lead in the second round at the US Women’s Open at The Olympic Club, San Francisco.

On Thursday, Ganne, 17, emerged as the first amateur in 15 years — the last was Jane Park in 2006 — to lead the US Women’s Open after the first round. She carded a 4-under-par 67 e one off the 18-hole amateur scoring record. Ganne is only the sixth amateur in the tournament’s 76-year history to shoot 67 or better. On Friday, Ganne hung in tough and leveled with the world’s best women golfers.

A four-minute video of Ganne’s performance from Round 1 is currently on a wild ride across the internet. “I think the key is just playing in these (kinds of tournaments) more and more and you get better at it,” Ganne told reporters at the venue.

New Jersey Governor Phil Murphy tweeted his support for Ganne, Friday afternoon. “New Jersey’s own Megha Ganne is on absolute fire at the US Women’s Open. Megha e all of New Jersey is behind you as you continue to dominate the leaderboard!.”

Ganne, a high schooler, has verbally committed to Stanford University for the Fall of 2022. She seems to be enjoying every moment of her sensational run right now.

“I wish every event had a gallery watching me because it just makes me play better, I think. And I love being in the spotlight,” she told reporters Friday.

This is a developing story and will continue to be updated.