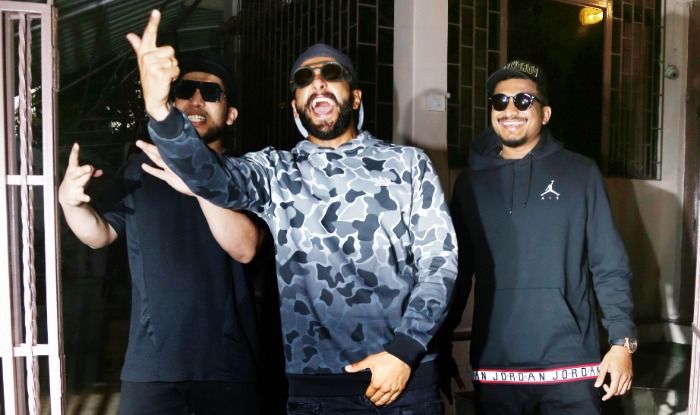 Mumbai, Feb 5 (IANS) Divine and Naezy are the real life ‘gully boys’, whose life has inspired the Ranveer Singh-Alia Bhatt starrer. They hope the movie takes the voice of hip-hop across the country.

Rapper Divine, whose real name is Vivian Fernandes, began his career as an underground rapper in 2011. He has grown up rapping in the ‘chawls’ of Mumbai.

After years of struggle, he rose to fame with the song “Mere gully mein” with Naezy. He even made history as the first Indian rapper to rap freestyle in Hindi for a radio show. In fact, his song “Jungli Sher” became so viral on social media that people started calling him ‘sher’ of rappers.

Divine’s single “Farak” in February 2017 too topped the Indipop charts on iTunes India. But it was lack of understanding of hip-hop music among Indians which made him stay away from the mainstream music industry.

“Hip-hop is the voice of the streets and ‘Gully Boy’ will take it to every corner of the country. The movie will make people more open to the idea of hip-hop, and definitely make them more aware,” Divine told IANS.

He hopes “everyone sees it, loves it and looks at hip-hop in India with pride”.

Like Divine, Naezy, whose real name is Naved Sheikh, has kept hope alive.

“We have a limited audience (for hip-hop). I hope that through the film, our audience gets expanded and the whole of India gets to see the real hard work of the underground rappers.”

He believes “Gully Boy” will open “more doors” for Indian street rappers and will “bring a change” in the Indian music industry.

Naezy’s obsession with rap began when he was just 13.

He didn’t have advanced music instruments, but he shot a video “Aafat” on an iPad, and it went on to garner more than 470,000 views on YouTube, putting him in the spotlight. This feat got him noticed in India’s rap culture.

These two rappers have worked extensively with the cast and crew of “Gully Boy” to make the film’s story “authentic”.

Sharing their experience working with Ranveer and how the “Padmaavat” star adapted to the rapper mode so well, Divine said: “Ranveer is a fireball of energy. He is so positive and so eager to soak in everything.

“He spent a lot of time with us in the studio, taking in how we write, rap… our body language, our attitude… He just observed everything.”

Naezy found it “quite easy and comfortable” to work with Ranveer, who has been going all out at events to showcase his rapper avatar.

“”He already knew about us. He had already heard our songs and he had a rough idea about hip-hop. Ranveer knew my style, so it became easy to get along with him.”

Apart from Divine and Naezy, rapper SlowCheetah, who is also a part of “Gully Boy”, credits Bollywood with being instrumental in reaching out to a wider audience.

“Bollywood is the most powerful influencer in the country. There is nothing which has more reach than cinema and I feel that hip-hop was a subject waiting to be talked about,” added SlowCheetah, whose name is Chaitnya Sharma.