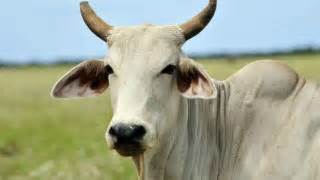 The attack on two women in Mandsaur in Madhya Pradesh suspected of carrying beef (though it turned out to be buffalo meat) was the 26th in 118 days since 55-year-old Pehlu Khan died after a mob attack on April 1, bringing the count to 27 cases of cow-related violence in seven months this year.

This is the most in eight years, according to an IndiaSpend database that records such violence in India. We have now recorded as many as 70 cases of cow-related violence over eight years.

Created through a collection and content analysis of reports in the English media — which tend to have the greatest spread of national news — the database shows that 97 per cent (68 of 70) of such incidents were reported after Prime Minister Narendra Modi’s government came to power in May 2014. More than half or 54 per cent of the cow-related violence — 38 of 70 cases — were from states governed by the Bharatiya Janata Party (BJP), when the attacks were reported, revealed our analysis of violence recorded until July 27.

As least 136 people were also injured in these attacks, and more than half (54 per cent) of these attacks were based on rumours.

Despite the increase in violence related to bovine issues, particularly over the last three years, the Ministry of Home Affairs does not collect data on lynchings, said a government statement to the Lok Sabha on July 25.

National or state crime data do not distinguish general violence from cow-related attacks and lynchings, so the IndiaSpend database is the first such statistical perspective to a growing national debate over such violence.

In nearly half the attacks (49 per cent), police register cases against victims

In nearly half or 49 per cent (34 attacks) of cases reported, police registered cases against victims/survivors — as they did in Mandsaur.

On June 29, 2017, a day after protests in Indian cities, London and New York against the government’s slow response and silence after nationwide attacks against mostly Muslims and Dalits, Modi, speaking at the centenary celebrations of Sabarmati Ashram in Gujarat, said:
“Killing people in the name of gau bhakti (cow worship) is unacceptable. This is not something Mahatma Gandhi would approve of.”

“No one has the right to take law into his/her hands. We belong to a land of non-violence. Violence is not the solution to any problem.”

On July 16, the Prime Minister, in a series of Tweets, once again criticised cow vigilantes and put the onus on state governments to stringently act against them.

As many as 1,235 cases related to offences promoting enmity between different groups — under section 153A (promoting enmity between different groups on ground of religion, race, place of birth, etc.) and 153B (imputations, assertions prejudicial to national integration) of the Indian Penal Code — were reported during 2014-16, according to a July 25 Lok Sabha reply to a question on lynchings.

“[Under sections 153A and 153B of the Indian Penal Code] the National Crime Records Bureau [NCRB] maintains data on offences promoting enmity between different groups on ground of religion, race, place of birth etc… However, it does not maintain data on cases relating to cow ‘vigilantes’, cow trade and trafficking,” Hansraj Gangaram Ahir, Minister of State for Home, told the Lok Sabha in his reply.

With mob violence in the name of cow protection rising, the National Campaign Against Mob Lynching, a committee of civil society members, has proposed a new law. The Manav Suraksha Kanoon (MASUKA) suggests no bail for those accused of mob lynching, life imprisonment for those convicted and immediate suspension of the concerned station house officer. An online petition demanding MASUKA has received over 34,000 signatures.

(In arrangement with IndiaSpend.org, a data-driven, non-profit, public interest journalism platform. The views expressed are those of IndiaSpend. Feedback at respond@indiaspend.org)