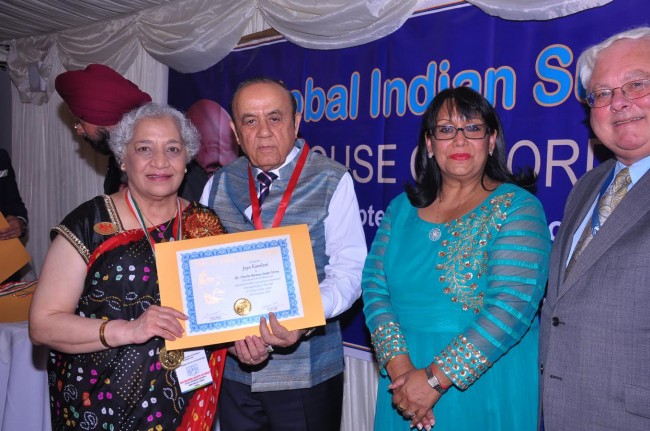 Atlanta, GA, November 2016: Jaya Kamlani, an award-winning Indian-American author and poet, recently accepted the Mahatma Gandhi Pravasi Samman Medal at the House of Lords in UK. The award, instituted by the NRI Welfare Society of India, felicitates global Indians for their outstanding services and contributions.

The medal was presented by Tourism Minister of Seychelles, Alain St. Ange. He and Baroness Sandip Verma, a member of the House of Lords, took turns to award gold medals to the awardees. 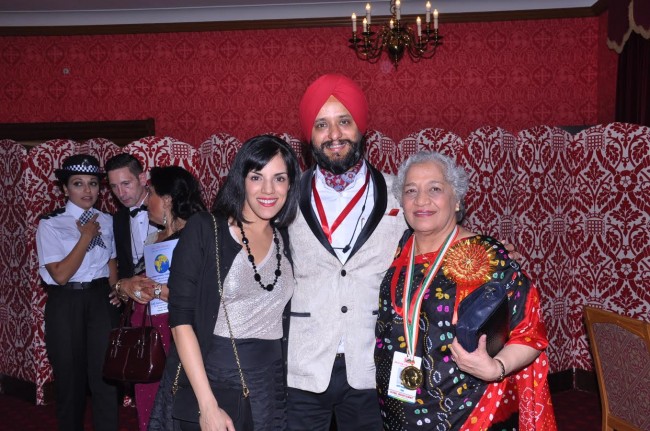 Kamlani is a former Silicon Valley technology consultant and a graduate of St. Xavier’s College, Mumbai and has been living in America since 1969.

In 2016, she also received the “Bharat Samman” (Pride of India) and the “Hind Rattan” (Jewel of India) awards.

Jaya uses storytelling to encourage introspection of how our actions impact humanity. Her debut non-fiction book, “To India, with Tough Love” (2013) was written to promote public awareness of socio-economic and environmental issues impacting India, as well as sustainable solutions, which can be adapted by any country in the world.

In 1969, when she migrated toNew Yorkfor better opportunities, Gloria Steinem and the Women’s Liberation Movement intrigued her. Until then, strong actresses like Katharine Hepburn, Elizabeth Taylor and Jane Fonda had shaped her concept of the West. Unlike Indian women, Americans seemed confident and liberated. But, she soon realized they also had to fight for equal opportunity.

In New York, Jaya trained to be a copywriter in the Advertising industry. But, she believes it was naïve of her to think a foreign woman could hold such a visible job. Back then, it was a Mad Men’s world (as in the TV show by that name) – men held frontline jobs like Account Executives and Copywriters while women played more supportive roles. So, she wound up in the less glamorous world of media planning.

A few years later, her husband encouraged her to take a leap into Information Technology, a field then in its infancy. IT was then a male dominated industry, but it was built on innovation, not gender politics.

After two successful decades in IT, Jaya returned to nurture her first love: writing.