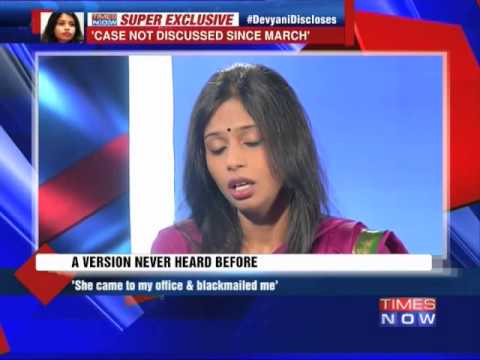 New Delhi, Oct 14 (IANS) Diplomat Devyani Khobragade, who had hit the headlines last year following her arrest in the US in an alleged visa fraud case, has given a TV interview without taking permission, the external affairs ministry said Tuesday.

Answering a query on her TV interview, external affairs ministry spokesperson Syed Akbaruddin said she had not sought permission.

“On whether she had sought permission (for the interview) and if it was granted – no on both counts,” he said.

However, he noted that she had made it clear that her views were personal.

Answering another query, he said that the case involving the diplomat had legal and judicial dimensions.

“We have indicated we will work through these… Patience is required,” he said.

Khobragade, who has been posted to the ministry here, had said in the interview that: “Things haven’t moved as such, but I am hopeful that specially this government will take it up positively because this is not just my matter, it’s about having a special judicial process against a diplomat.”

Khobragade was arrested in New York while being posted there for alleged visa fraud and underpaying her nanny Sangeeta Richard.

The issue had escalated into a diplomatic spat with India seeking an apology for her “humiliation”, which included a strip-search.

India had also taken a series of reprisal measures against US diplomats in India following the incident.