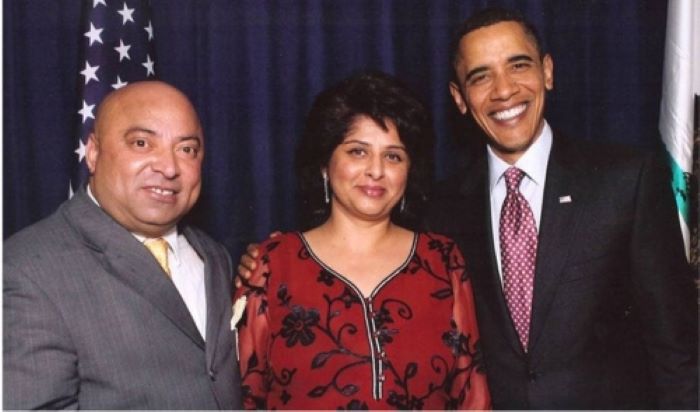 New York, June 12 (IANS) Kevin Kishore Kaul, a Kashmiri Pandit who arrived in South Dakota on a student visa 30 years ago is wading into a crowded field of candidates betting that California will likely hurtle into a recall election for Governor in 2021.

Kaul, an electrical engineer from Regional Engineering College in Warangal, Andhra Pradesh, who made his millions as an entrepreneur in the US West Coast, is upbeat about his chances – if the recall election happens.

“I have a good shot at it” he told IANS over phone from Long Beach, Los Angeles. “We’ve got commitments for more than $1 million.” Kaul said he filed his documents in late May, signalling intent to enter the gubernatorial race.

Weeks ago, California officials announced that current Democratic Governor Gavin Newsom would face an almost certain recall election that could send him packing. Newsom’s tough virus restrictions that shuttered schools and sunk businesses sparked calls for the recall last year. California, the most populous state in the US, is one of nearly 20 states that provides for the recall of elected state officials.

By April 2021, recall advocates had cobbled together more than the necessary 1.6 million petition signatures to put the election on the ballot. The review process is now on to certify the recall for the ballot.

In the election, likely this Fall, voters would be asked whether Newsom should be recalled and who should replace him. If their answer to the first question is a yes, the candidate with the most votes becomes the next Governor. More than 20 Republican challengers are preparing to take on first term Governor Newsom, a dear friend of Vice President Kamala Harris.

Kaul’s LinkedIn profile lists him as Founder and Chairman of US Global Business Forum. Before travelling to the US, Kaul worked with the Indian Navy and at the Jawaharlal Nehru Port Trust in Navi Mumbai.

Drawn by the appeal of a quickie MBA in South Dakota, Kaul says he came to the United States in September 1991. He found the place “too cold”, dropped out of his MBA and headed further west. Kaul got some early breaks with big construction projects; his business website is splashed with pictures of him with the Obamas, Clintons and other A-listers.

Kaul plans a “big launch” for his Governor run on his 60th birthday, this August.