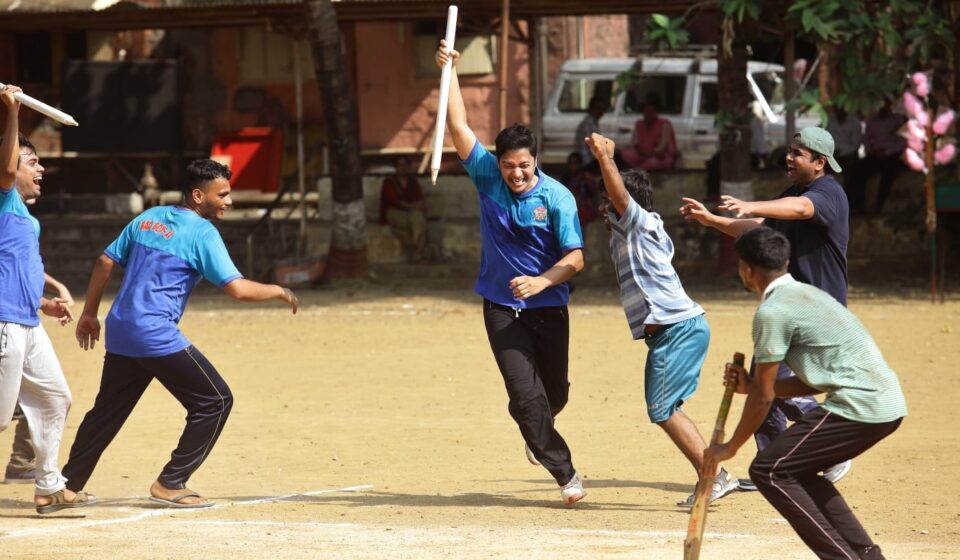 This biographical sports drama is as unassuming as the man himself nevertheless, it is an inspiring tale that touches your heart somewhere down the line.

For the uninitiated, Parvin Tambe is an Indian cricketer who made his IPL (Indian Premier League) debut at the age of forty-one and became the oldest ever IPL debutant, and who had never played professional cricket before.

The film, narrated in a non-linear manner, begins with a foreword by Rahul Dravid, his chief mentor at Rajasthan Royals. He tells us, “I’d like to share another story of someone I had the privilege of playing with and getting to know over the last couple of years, who for me, I think signifies passion on the cricket field, a lot of times people expect me to talk about Tendulkar, Laxman, Ganguly, and Kumble, they are all great cricketers, and I played with a lot of them, and they had some amazing qualities, but the story I’d like to tell is about Pravin Tambe,” and thus the narrative rolls on.

Like most sports biopic which reveal the trial and tribulation of the sportsperson, this film too delves into Tambe’s childhood and how he got absorbed in cricket, his struggle in balancing his work life, his passion, his sincerity to the game, and everything he did to survive.

Throughout the narrative, it comes across that- Tambe’s only aim in life is to play for the Ranji Trophy, that too without pushing his boundaries. For four years in a row, he was named in the Mumbai Ranji probables squad but was never selected to play.

His casual, “Kismet yah kuch aur,” statement to the cynical sports journalist Rajat Sanyal invites his ire, and thence – the film is narrated through the sceptical Rajat’s point of view, who dismisses him as “fit for gully cricket or club cricket.”

But naturally, destiny has other plans for Tambe.

The film is mounted with moderate production values, where Sudhir Palsane’s camera work does offer a realistic glimpse into Tambe’s life as his frames capture him on and off the cricket pitch with equal fervor.

With nearly the same physical structure as the cricketer Shreyas Talpade is convincing. He portrays Tambe with sincerity.

Anjali Patil as his supportive wife Vaishali is endearing. So is Chhaya Kadam, who steals the show with her fine performance as his loving mother.

The versatile Parambrata Chatterjee as Rajat Sanyal is fairly efficient.

Ashish Vidhyarthi slips into the shoes of coach Vidhadhar Paradkar effortlessly. And the rest of the supporting cast are all equally earnest.

Overall, while the film does answer the question in the title, it does rush through Tambe’s achievements post-2013 after he made his first-class debut in the IPL. The summary of his accomplishments is equally impressive. At the end of the film, before the credits roll you do get to see the real-life cricketer.