Be it connecting friends and families or celebrities and their fans, social media is taking society by a storm. Kannada movie director Aviram Kanteerava has discovered a novel way of utilizing social media to reach his audience with the launch of his Kannada cine-serial “Hello” via the popular networking site, Facebook. This fresh and trendy use of social media to launch a Kannada serial has garnered a lot of attention and curiosity and is expected to take off in the last week of June 2015. Kanteerava tells us that a promotional title song will be released in the first week of June. A total of 12 episodes is in the offing with each episode duration being 10 minutes. A link to each episode will be posted on Facebook every Saturday at 10 am.  Ace comedian Chikkanna has turned singer rendering his voice to one of the songs in “Hello”.

“Cine-Series”, as Kanteerava describes “Hello”, is shot as a movie but presented to the audience as a series and hence the name. The storyline revolves around people’s addiction to mobiles, telephones and social networking sites. “Both the advantages and disadvantages of this technology is shown to the people.” He says. 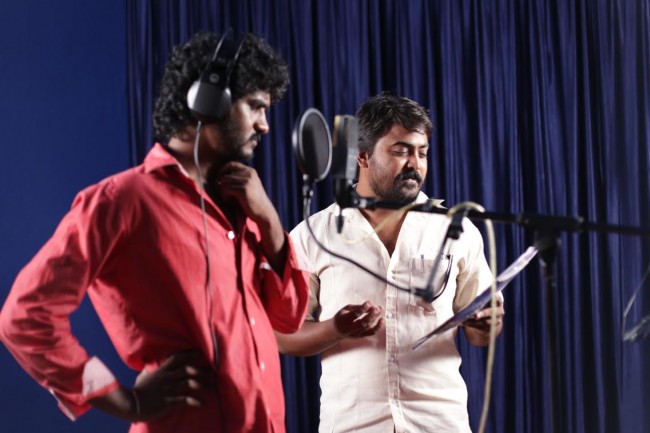 “Hello”, the brainchild of Kanteerava is an experiment of sorts, in his own words. While many in the glamour industry have chosen to take to social media to promote their movies or express their opinions, Kanteerava chose to launch his cine-serial via Facebook. “Usually people in this generation are too busy in their life. They don’t even have time to sit in front of a television and people are addicted to mobiles because they are entertained through it by a large extent. Applications like Facebook are more common inIndia. An approximate of over 12 crore Indians are Facebook account holders. So we planned an experiment with a project to entertain people via Facebook“  he says.

Shot in and around Bengaluru, “Hello” includes many fresh faces from all over Karnataka and other states ofIndia. “Many newcomers who are looking for an opportunity to prove their talent have been cast in this project. Around 500-600 people all over from Karnataka have been auditioned, interviewed and finally selected after conducting audition test. Every newcomer gets a chance in this project for a small role. If he/she acts well his/her role will be developed and carried throughout this serial.” He says. Having learnt about the auditions from Facebook, Sathwik, one the actors in the serial says he missed the auditions because of his engineering exams. Kanteerava, however encouraged him to complete his exams and come in for an acting test. “I was given a few concepts to enact and it turned out to be successful” says the enthusiastic actor. Sathwik has also penned the lyrics for the title song of the cine-series. 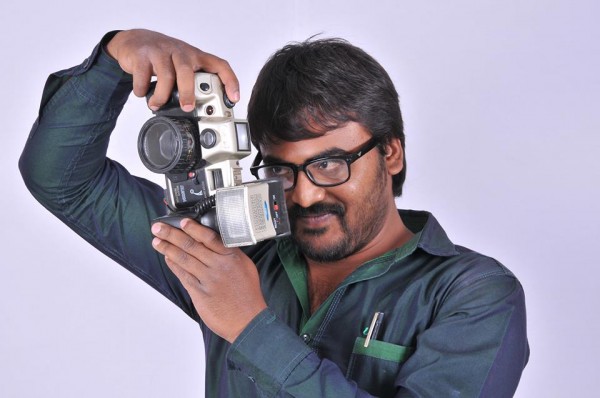 A microbiology student turned director, Kanteerava has worked as both assistant and associate director of Kannada films. He authored a book “Do Not Neglect” about a child’s brain development in 2009. In 2010, he directed a children’s feature film called Nooraaru Kanasu, based on the lives of government school children. In 2012 he wrote and directed a song on farmers “Annadatam Sharanam” which was sung by eight famous singers also featuring 21 prominent personalities from every field of Karnataka paying respect to farmers. The song was re-released by lahari in 2014. In 2013 he wrote and directed documentary “India Raped” which focused on people’s strong desire for money. In 2015 Kanteerava has treaded into a technological path, the results of which remain to be seen. Here’s wishing the makers and teammates of “Hello” the very best in their endeavors.