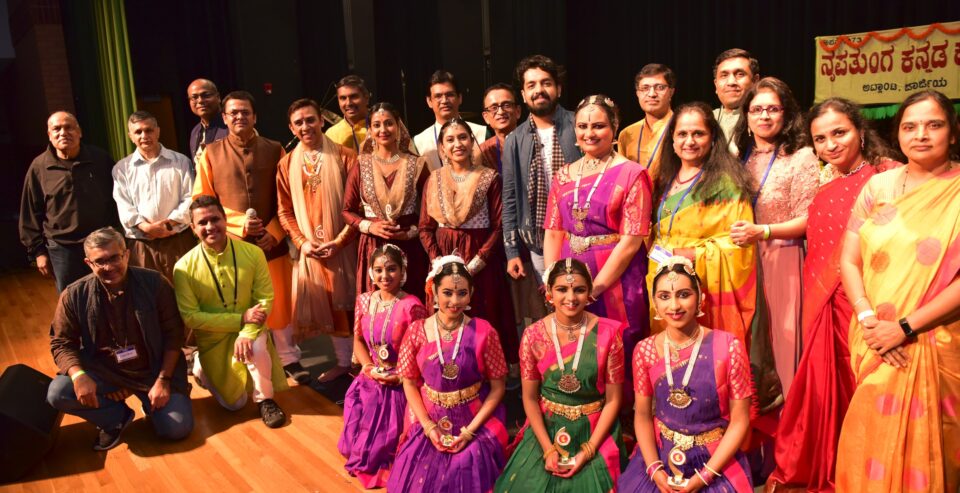 This full day event was well-attended and participated by about 650 people from Greater Atlanta Area. It was a day packed with several colorful performances from local talent. Program lineup included: folk / classical songs, film music, skit, and traditional/western dances by over 150 members of all age groups, the youngest being a group of 4-year-old kids.

Prime Time event was by Manju Drums Collective, a renowned band from Bangalore with international fame performers Manjunath N S, Varun Pradeep, Chinmay Athreya and Aishwarya Rangarajan. Bharatanatyam and Kathak performances during the prime time event, by artists from the Atlanta Kannada community was an icing on the cake.

At the start of the event, all the members paid respects with a 2-minute silence to Sri. Dr. H N Ramaswamy, one of the founders of NKK who passed away recently.

“NKK’s continuous attempt with these events is to give our members a well-balanced packaged treat of authentic Kannada language, food, traditions, folk culture and art forms. That is the only way we believe we continue to stay strongly connected to the roots, especially the younger generation. It is so heartening to see the youth participate in such high numbers” said NKK in a press release.

NKK, founded in 1973 will celebrate 50 years in 2023. A logo was unveiled in the event, to mark a formal kick-off of the Golden Jubilee celebrations.

Indian American CEO’s firm to develop tires for US Army