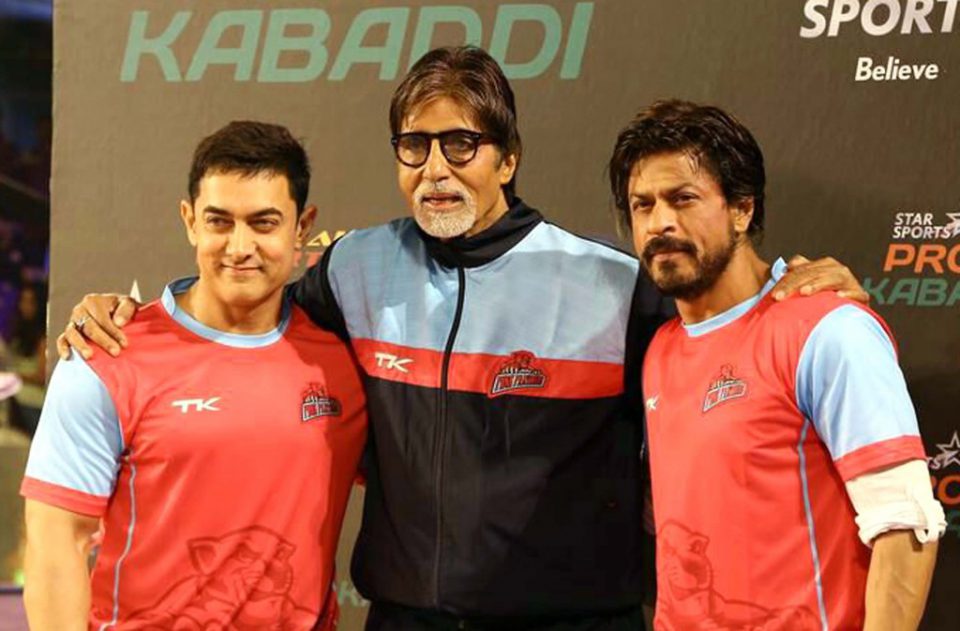 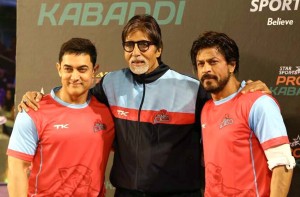 Kabaddi, an indigenous contact sport in India, is witnessing a resurgence, thanks to big-time commercial sponsorship and prime-time TV patronage. Riding on the IPL-style hockey and football leagues, kabaddi has come up with not one but two leagues to complement each other.
For long kabaddi has been dismissed as an indigenous rustic sport not strictly fit to be an Olympic discipline. India had to fight hard to keep it as an Asian Games sport and won all the seven gold medals ever since it was introduced in 1990.

All of a sudden corporate honchos as well as Bollywood celebrities see it as a sport tailor-made for prime time TV. Even amazing is that many see kabaddi can challenge the shortest format of cricket.

The Pro League has more or less taken on the lines of the IPL, naming franchises after cities to lure brand loyalty, whereas the World League is pure diaspora sport for the expat Indians in England, US, UAE and Canada and it is a huge affair.

The eight-team Pro League opened to a packed crowd in Mumbai July 26 and the World League is scheduled to start Aug 9 with a power packed opening ceremony at London’s O2 Arena by Akshay.

What has baffled sports enthusiasts is the fact that two leagues are vying for TV space that too in a sport, which is not so popular in urban India.

The genesis of the World League is in the success of the Kabaddi World Cup, the brainchild of Punjab Deputy Chief Minister Sukhbir Singh Badal.

Charu Sharma, the man behind the Pro-League, said it was while commentating for the sport in the 2006 and the 2010 Asian Games that the idea struck him. Charu’s Mashal Sports, which is also promoted by Anand Mahindra, is organising the Pro-League.

“It was while commentating during the 2006 Asian Games in Doha that I realised the pontential of the sport. Then it was in 2010 Asian Games the idea struck me why not start a league,” Charu told IANS.

The two formats are completely different. The Pro-League follows the international style while World League is played according to the desi Punjabi style.

Badal and former hockey captain Pargat Singh are the main force behind the World Kabaddi League. They want to take the sport to the global stage and want to cash in on the huge Indian diaspora in US, England, UAE and Canada.

Raman said roping in Bollywood stars as team owners was a conscious decision but it was indeed tough convincing them.

“Honestly, it was a conscious decision to rope in Bollywood stars to own teams. It helps in attracting the eyeballs. At the end the sport stands to gain from it. But it was not easy convincing them,” said Raheja.

Charu says getting Bollywood stars as team owners is an advantage. But for them it was also a challenge to convince the Bachchans to pump their money in owning a team.

“It is was tough convincing them to invest in a sport like kabaddi. But is a sport which has a strong Indian connect. Everyone has played this sport. So we had a very compact plan when we approached the team owners, who also found an instant connect with the sport,” he said.

For the owners, now kabaddi is pure business and they also expect quick returns, said Raheja.

“On an average an owner is spending Rs.5 crores to run a franchise for four months. It is not a big investment for the owners. Since the operating cost is not much, we expect profits from the second edition,” said Raheja.

Charu has simple message for the team owners.

“Sports ownership is very different from all other forms of business. It is a privilege to own a sports franchise. It may take three to four years for the owners to break even but the since it is a restricted property the valuation of the team increases every year,” he said.

The team owners are also guaranteed a fair share of TV revenues from host broadcasters Sony, for World Kabaddi, and Star, for Pro-Kabaddi.

“The World Kabaddi League is targetting the Indian diaspora overseas. We are expecting a good response from the ticket sales and TV revenues. We are also trying to get a Pakistani broadcaster since some prominent Pakistani players would also feature in the league,” said Raheja.

So is the World Kabaddi League competing with Pro-Kabaddi League, Raheja said: “In fact we are trying to complement each other.”

“There is no way we are competing with each other. The formats are different. By the time World Kabaddi League returns toIndia after the oerseas leg, the Pro-League will be over,” he said.