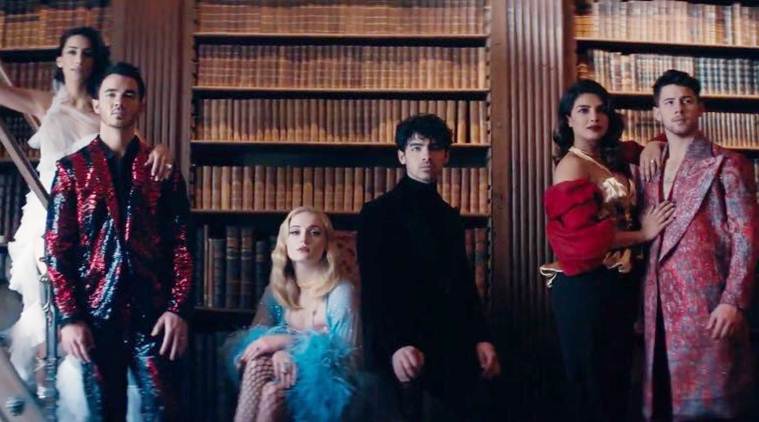 Los Angeles, March 1 (IANS) The Jonas Brothers have reunited for a single titled “Sucker” after a gap of six years. Its video features Nick Jonas’ actress wife Priyanka Chopra too.

Excited about having worked on a video of her husband and brothers-in-law’s song, Priyanka says it was fun working with them.

“This is the first time we’ve worked together but not for a moment did it feel like work. Such a fun family affair… Proud of you husband,” Priyanka tweeted while unveiling the song among netizens.

Priyanka added: “Such a fun family affair… Jonas Brothers and the J sisters cheering each other on.”

Nick also took to Twitter to announe the band’s comeback.

He said: “‘Sucker’ video is officially out! We really had the best time shooting this video in England with our family. Hope you guys love it. Feels good to be back.”

Nick also complimented Priyanka saying she looks “so beautiful in this video”.