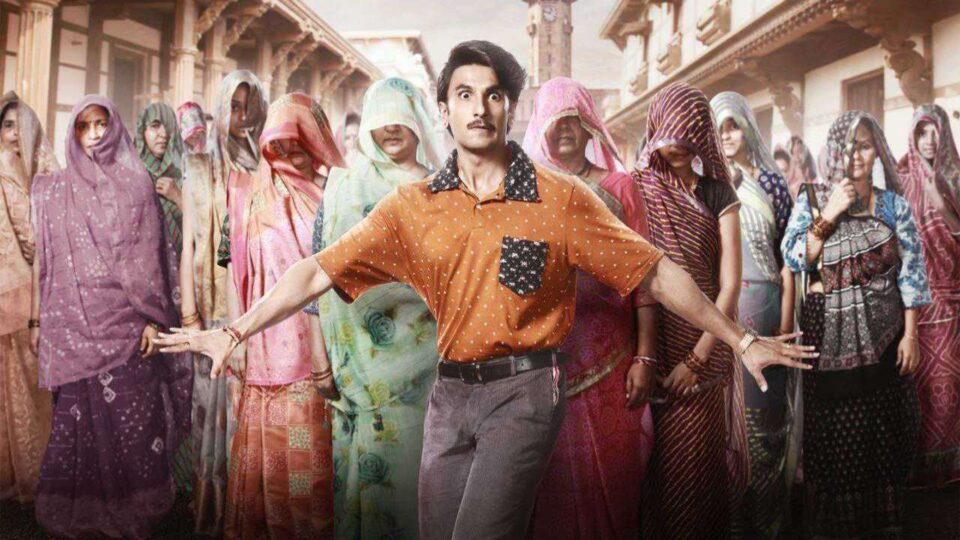 While the film’s underlying premise is about Jayeshbhai seeking affection, especially a kiss, from his wife Mudraben (Shalini Pandey), whom he loves immensely, the narrative deals with the obsession of the male child in the Indian society, female foeticide, and the skewed male-female ratio in certain parts of the country.

(For the uninitiated, ‘bhai’ and ‘ben’, literally meaning brother and sister, are used as suffixes to names in Gujarat as terms of endearment)

Set in a fictitious small town called Pravingadh in Gujarat, the film revolves around Jayesh and his feudal family. Unlike his regressive folks, Jayesh is a progressive, kind-hearted father and husband. Being the only son, his parents — essayed by Boman Irani and Ratna Pathak Shah — are now expecting a male heir from him.

Unfortunately, Mudraben is once again pregnant after six abortions, and her doctor informs her husband and in-laws that her health is delicate and she may not be able to undergo another pregnancy.

To save his wife from any further trauma, Jayesh decides to let the baby survive, and he takes the reins of their lives into his hands by planning an escape from Gujarat to Haryana, a state starved of the female population. His plan is half-baked, and how he manages to save his unborn child and protect his wife forms the crux of the narrative.

Narrated linearly and in a light vein, the story is simple, and uncomplicated. For a while, the plot appears like a road film, especially when Jayesh escapes from his home and the clutches of his parents, with his feisty 9-year-old daughter Siddhi and wife.

But the excitement of the escapade is cut short too soon, and by the mid-point the plot gets jerky, and the narrative loses steam with farcical drama. Nevertheless, the film has many humourous moments that keep you glued to your seat.

With an innocuous visage and excellent comic timing, Ranveer Singh is as usual brilliant with his histrionics. He emulates the Gujarati accent and delivers a subdued Jayeshbhai to near perfection. He is aptly supported by Shalini Pandey as his wife, Mudra. The only actor who steals the show from Ranveer is Jia Vaidya, who plays his vivacious daughter Siddhi.

Boman Irani and Ratna Patak Shah as Jayesh’s parents are stereotypical and staid. The rest of the supporting casts are there to fill the frames.

Visually, the film boasts of some excellent frames, some of which generate a chuckle or two; the one that instantly comes to mind is when Jayeshbhai is restlessly tossing in bed between his parents.

On the production front, the film delivers what is expected from a Yashraj Film. The music is nothing to write about, and the last song, though well-choreographed, appears forced and unwarranted.

Overall, this small-town film, despite being a bit low keyed, is entertaining.