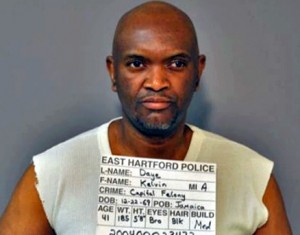 Washington, May 31 (IANS) A Jamaican man has been convicted to life in prison by a US court for the murder of an Indian American woman in 2004.
Kelvin Daye, 43, who consistently pleaded his innocence, was given the life sentence with no chance of release by the Hartford Superior Court in the American state of Connecticut for the kidnapping and murder of Trupti Patel, 36, in East Hartford in July, 2004.
A jury March 14 had found Daye guilty after a two-week trial, the Hartford Courant reported.
It acquitted him of first-degree sexual assault and of a second count of capital felony, the report said.
“I did not come to this country to hurt anybody,” Daye, who continued to maintain his innocence, was quoted as saying.
Patel had just gotten through the door of her apartment in East Hartford after returning from work July 9, 2004, when Daye grabbed her and dragged her down a 300-foot basement hallway.
According to prosecutor David Zagaja, Patel was “most likely sexually assaulted”.
Daye then tied a rope and duct tape around her neck and shot her head thrice leaving her naked from the waist down.
Daye was arrested for the murder May 20, 2011.
According to defense lawyer Bruce Lorenzen, an appeal is being planned.