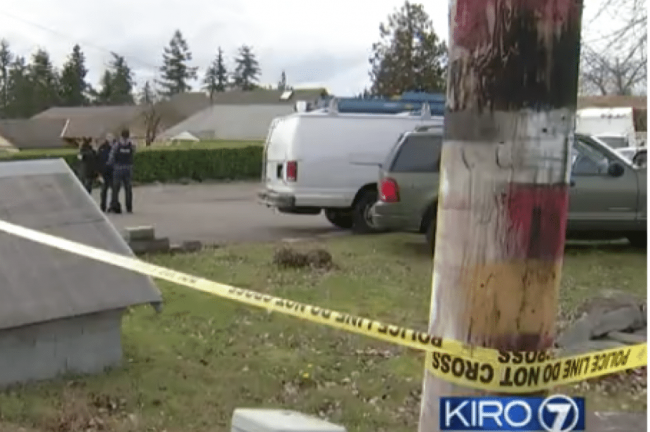 Washington, March 6 (IANS) The FBI is helping the hunt by the Seattle city police for an attacker who told a Sikh man to “go back to your own country” and shot him — in the second xenophobic attack on Indians in the past two weeks. India has voiced deep concern and stressed the need to prevent such incidents.

The US State Department has also, on behalf of the Donald Trump administration, expressed condolences and said they are working on the case.

The 39-year-old victim, a US national of Indian origin, was identified by External Affairs Minister Sushma Swaraj as Deep Rai. He received a bullet injury on his arm in the attack on Friday.

The Indian Embassy in Washington tweeted that Indian envoy Navtej Sarna “conveyed our deep concerns to the US government on recent tragic incidents”.

Sarna said that India has “underlined the need to prevent such incidents and protect the Indian community” and the embassy was coordinating with “all agencies concerned to ensure speedy justice”.

The Indian embassy said that the “State Department, on behalf of US government, expressed condolences and assured they are working” on it.

A statement on Sunday from the FBI’s Seattle office said the bureau remains “committed to investigating crimes that are potentially hate-motivated”, the Seattle Times reported.

Sushma Swaraj had tweeted that she has spoken to Sardar Harpal Singh, the father of the victim.

“He told me that his son had a bullet injury on his arm. He is out of danger and is recovering in a private hospital,” she wrote.

Rai was working on his car in front of his house in Kent city on Friday night when the gunman, described as white and who had his face partially covered, opened fire at him and fled, the police said.

“This is a top priority investigation, and we are doing everything possible to identify and arrest the suspect,” Kent Police chief Ken Thomas said, adding that the city of about 120,000 should “be vigilant”.

Thomas said the gun shot victim has been discharged from the hospital.

The shooting also created fear within the Sikh community with its members called on law enforcement to investigate the racially-motivated attack, the Seattle Times reported.

Jaswinder Singh, of the Gurdwara Sikh Center of Seattle, said the group has received many calls and messages of support since the incident.

“It’s kind of scary to hear about things like this, but we definitely have been getting tremendous support from the community,” he said.

The Sikh Coalition, a national civil rights group, asked local and federal authorities to investigate the shooting in suburban Seattle as a hate crime.

The attack reverberated across the nation, with Mayor de Blasio condemning it from New York.

“As mayor of the city with the nation’s largest Indian community, my message is clear: this is your city and this is your country,” De Blasio tweeted.

Sikh community leader in Washington state, Satwinder Kaur, said: “Everybody who is part of this community needs to be vigilant.”

“It is scary. The community has been shaken up,” she said.

The incident comes after Indian engineer Srinivas Kuchibhotla, 32, was shot dead, and his friend Alok Madasani was injured in a shooting incident at a Kansas City bar on February 22.

The shooter, US Navy veteran Adam Purinton, 51, was charged with premeditated murder and two counts of attempted murder.

Authorities are investigating the attack as a hate crime after witnesses said he started yelling racial slurs, including “get out of my country”.

On Thursday, another Indian, Harnish Patel, 43, who ran Speedee Mart in Lancaster, was shot dead outside his house by an unidentified assailant.

However, the police have said the killing did not appear to be racially motivated.

Harnish, who originally hailed from Vadodara in Gujarat, was living in the US with his family for over 14 years.

US President Donald Trump had condemned the shooting of Kuchibhotla. He had said America stands united in condemning hate and evil in all its forms.