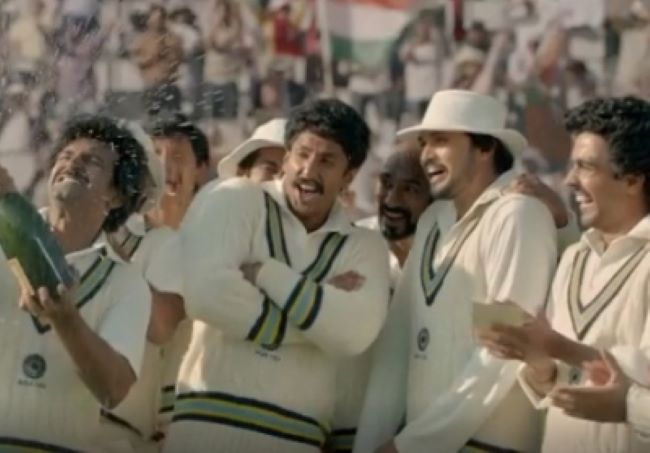 New Delhi, Dec 26 (IANS) There’s a famous saying: “Before you conquer the external world, you have to master the inner world of your mind”. Very few understand and follow these discourses, but those who manage, go on to be achievers.

One such person is Ranveer Singh. In a candid conversation with IANS, the actor, now seen playing Kapil Dev in Kabir Khan’s ’83’, shared how he defeated his ‘know it all’ attitude during the initial stages of his career.

Ranveer works extremely hard on his movies. From bulking up for his role of Alauddin Khilji in ‘Padmavat’ to transforming into a thin guy in ‘Gully Boy’, the Bollywood sensation is a living example of how one should approach one’s work with utmost sincerity.

There was a crucial lesson he learnt in the initial stages of his career and this eventually helped him become a superstar.

The acclaimed actor has established himself as the biggest superstar of his generation with ’83’. His performance is getting praise from both film critics as well as cricket fans.

Despite such an impressive roster of achievements in a short span of time, the 36-year-old actor continues to be down to earth and believes there’s a lot more to be done.

“Mai actor ban gaya yaar, mujhe aaj tak yakin nahi ho raha hai! (I am an actor, I still can’t believe it!) I got a chance to work with Sanjay Leela Bhansali, Zoya Akhtar, Rohit Shetty, Kabir Khan, Karan Johar … what’s happening is beyond my imagination. I am overwhelmed with the response I am getting. Who gets Kapil Dev’s role in such a big film? I’m touched,” a teary-eyed Ranveer told IANS in an exclusive interview.

Getting nostalgic, the actor said: “Let me tell you about my journey. Ten years back, when I started my career in Bollywood, I thought that I knew it all (in acting) and was entitled … I mean after ‘Band Baaja Baaraat’, I thought I knew everything about acting. And was entitled … like, whatever chances I am getting, I deserve it.

“Actually, when I was struggling, I didn’t feel like that, I was always so anxious at that time. My experiences made me anxious. I felt I had been wronged … all the rejections, the humiliation! I (felt then that I) have been working hard for the past three-four years but not getting an opportunity.

“After a point, it starts playing with your mind. And it starts making you feel frustrated, anxious and bitter. So, when ‘Band Baaja Baaraat’ became a hit, it was coming from inside. I started projecting entitlement … that I know everything about acting.

“But then, as time passed and I worked more and more, and as I matured, I realised, ‘oh sh*t, I know nothing about acting’. This is limitless. There is no boundary. You can go to any extent. You can die here. This is what I learnt and realised that the more you work, the more you can give. Performance art has no limit,” Ranveer said.

Emphasising how grateful he was for the opportunities that had come his way, he said. “I feel really honoured to have worked with big directors. My mentor used to say that I must work in a way that next time when the director is making a movie, you should be his/her first choice.”

Ranveer is a shapeshifter, as we have seen from ‘Bajirao’ and ‘Padmavat’, to ‘Simmba’, to ‘Gully Boy’ and ’83’. But there is a risk involved in this business of losing and gaining weight constantly. It can be dangerous.

Responding to this observation, Ranveer said: “Yes, there is risk involved. I do take high risks. We have to shape our body as per the demand of the character. We train for this under supervision and follow a strict schedule.”