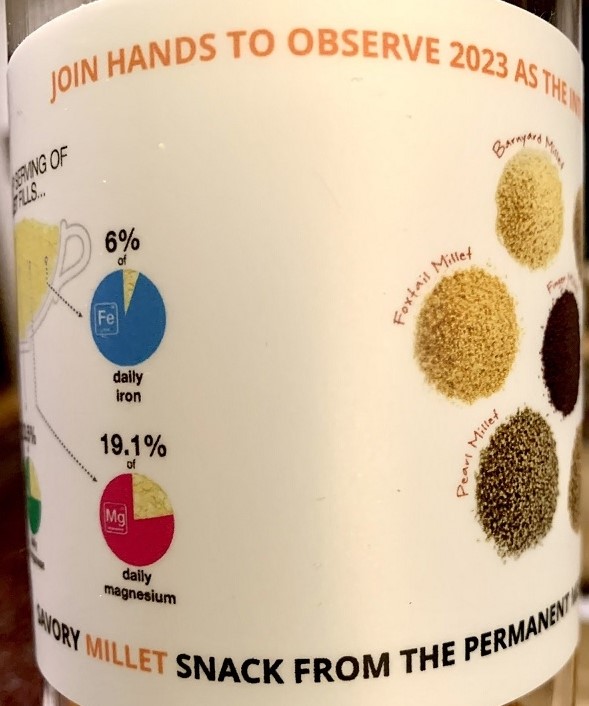 New York, March 5 (IANS) India’s ‘murukku’ diplomacy has received unanimous support in the 193-member UN General Assembly for its resolution to designate 2023 as the International Year of Millets to promote healthy foodgrains in a world facing both malnutrition and unhealthy diets.

The Indian Mission to the UN distributed the savoury snack ‘murukku’ made of millets to the diplomats at the UN ahead of the voting on the resolution that took place on Wednesday along with information on the benefits of millets, also known as nutricereals because of their high nutritional content compared to popular cereals like rice and wheat.

The gustatory campaign for the resolution is “to raise awareness and direct policy action to the nutritional and health benefits of millets consumption and their suitability for cultivation under adverse and changing climatic conditions”, the Indian Mission said.

“The resolution will also draw focus for enhanced investments in research and development and extension services related to millets,” it said.

Prime Minister Narendra Modi tweeted, “Distinguished delegates were also served delicious Millet Murukku! This is one snack I also relish and urge all of you to try it as well.”

India’s Permanent Representative to the UN, T.S. Tirumurti, tweeted that the resolution is a “big step to promote nutritional and ecological benefits of millets to the world as a key component of the food basket.”

Several grains like ragi (nachani in Hindi; kezhvaragu in Tamil), and pearl millet (bajra in Hindi; kambam in Tamil) fall in the category of millets.