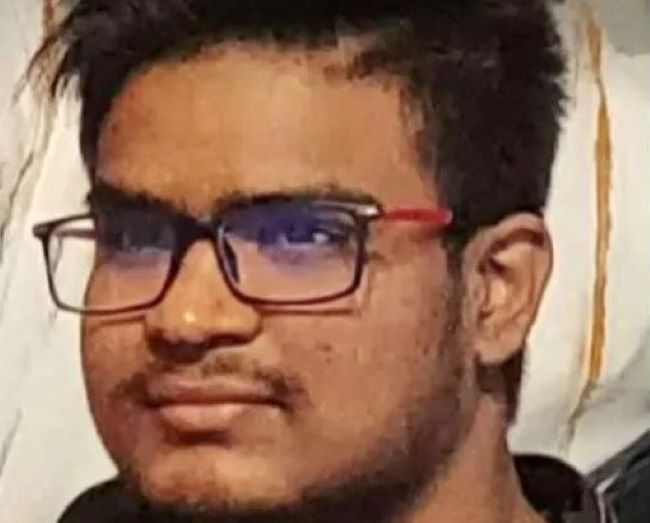 Haveri (Karnataka), March 1 (IANS) Pall of gloom descended on Haveri district of Karnataka after the news of the death of student Naveen Shekarappa Gyanagoudar in Ukraine spread sending shock waves on the day of Maha Shivratri.

The parents of other students who were with Naveen, have expressed anguish over the death and appealed to the state and central governments to get their children out of Ukraine.

Venkatesh Vaisar, father of Amit Vaisar, a student stranded in Ukraine said, “Naveen was with our boys, he went out to bring snacks. Since there was nothing to eat, he ventured out in search of food. What is the government doing all this while? It should take immediate action,” he said.

“Shekarappa’s (deceased Naveen’s father) boy died today. We all have only one child. All of us humbly request concerned officers to bring them back from Ukraine. Please do not harass us. Otherwise, we have no way out but to commit suicide. We will hold local MP Shivakumar Udasi responsible for our deaths. We have only one child, there is no life without him,” an emotional Venkatesh Vaisar said.

“Our boys are in touch with us. For three days they had nothing to eat. We have been pleading with everyone. We have also submitted a letter to Union Minister for Parliamentary Affairs and Mining Pralhad Joshi, but there is no use,” he reacted angrily.

Sridhar Krishnamurthy Vaishya, father of Suman Sridhar Vaishya also hailing from Haveri, who is stuck in Ukraine said, though his son was constantly calling up local MP Shivakumar Udasi for a week, he is not receiving the phone. What should we do? My son has sent a message saying he needs help. He could see that his message had been read but there was no reply from the MP.

“Three boys known to us from Haveri had gone to Ukraine, one among them is gone now. We have pinned our hopes on God about the safe return of our children.”

The family of Naveen Gyanagoudar was consoled by former Chief Minister B.S. Yediyurappa over the phone. He has assured Shekarappa, the father of the deceased boy, that the government is with his family and all efforts are being made to bring back the Naveen’s body to India.

Family sources said, “Naveen had gone out of the bunker at 6.45 a.m. in the morning to the supermarket just 500 metres away in extreme cold to get some food. At around 8.30 a.m. a big sound was heard. His friend Yashvanth asked all his friends to call up Naveen. However, the call was answered by another person. Since they did not understand the language, they took the help of locals to know that Naveen has been killed and his body is kept in a forensic facility.”

The family has also been told that Naveen chose to stay with juniors and told his batch mates that he will join them later.