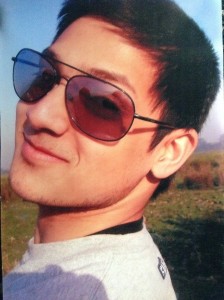 Washington, March 14 (IANS) Rhishav Choudhury, an Indian student from Guwahati, India, studying at a private liberal arts college in Ohio, fell to his death while on a spring hiking trip in Arizona.

The College of Wooster is mourning the death of Choudhury, 22, College Dean Kurt Holmes said in a Thursday message to the campus community.

He fell to his death on Wednesday “while hiking a canyon in the Coconino National Forest in Arizona during a spring break camping trip with WOODS, the College’s outdoors club”.

“We are heartbroken by the news of this terrible accident, and our thoughts and prayers go out to Rhishav’s family and friends,” Holmes said.

According to the Yavapai County Sheriff’s Office, as reported on azcentral.com, Choudhury was hiking West Clear Creek near Camp Verde with members of his group, but wandered away and fell about 100 feet in a rocky area near the trail.

The report said Choudhury was already dead when a paramedic was able to reach him by hiking through the canyon.

The incident is being investigated and no foul play is suspected, according to the sheriff’s Office.