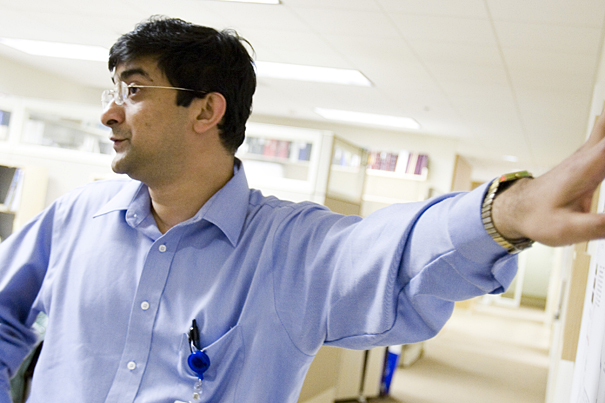 Photo caption: Dr Shiladitya Sengupta, Assistant Professor of Medicine at Harvard Medical School, has joined Axio as the chairman of Scientific Advisory Board.

Hyderabad, Feb 18 (IANS) A product to stop bleeding, made by an Indian company with extract from shellfish, is poised to become a global brand with its widespread use by the defense forces and hospitals in various countries besides Indian forces.

The first Indian haemostatic product to be approved by USFDA, Axiostat, manufactured by Axio Biosolutions, is gearing up to give multinationals a run for their money.

According to the company, all front-line Indian defence and security forces are currently using the product, as well as forces of five other countries, mostly in the Middle East as its customers while trials are under underway for use by the military in three European countries.

The company, during last three-and-half years, has shipped 5 lakh units of Axiostat from its facility in Ahmedabad and is looking at doubling this number next year.

With majority of fatalities in road accidents occurring because of bleeding, axiostat can help saving the lives as it stops bleeding immediately. Surgeons are also finding the product useful in controlling the bleeding during surgeries, especially during cardiovascular surgeries.

So far the hospitals were using haemostats developed by multinationals with their price ranging between Rs 12,000 to Rs 20,000 for single use. Axiostat is available in India at one-fifth of these prices, Axio founder and CEO, Leo Mavely told IANS.

Axiostat is available in 12 different variants designed for different applications. It is for dental use is priced at just Rs 30 while the one for dialysis patients it is available at Rs 50. The one used for military personnel costs Rs 2,000 and personnel of the Border Security Force, the Central Reserve Police Force, the Rashtriya Rifles, Greyhounds, Black Cat commandos and Para Commandos carry two of the variants in their field kit.

“We use a novel polymer called chitosan. Its unique property is that it is positively charged while the blood is negatively charged. When applied on bleeding injury, it becomes extremely sticky and stops bleeding. It was found it safe to use on all patients, even those with blood disorders,” said Movely, a bioengineer.

Extracted from shellfish, Chitosan gives structural strength to its shell. The company extracts and purifies it for medical use.

The USFDA approval, coupled with collaboration of top US medical schools, is expected to help the company foray into US market. As US Army buys products made by US firms, Axio plans to float a US subsidiary for supplies to the army, hospitals and also over-the-counter sales.

Axio is currently exporting to 15 countries and the number is expected to double. “Primary market for us is conflict-hit countries in Middle East,” the CEO said.

The haemostat market is estimated to be over $2.5bn globally. There are 4-5 companies worldwide who have succeeded in commercialising a haemostat capable of controlling arterial bleeding. However, unlike their products which carry protein and cause a reaction, Axiostat has no additives.

The equity investment in Axio Biosolutions so far has been $9.5 million including $7.4 million raised from Ratan Tata’s UC-RNT along with Accel Partners, and IDG Ventures India.

US healthcare firm to open senior living homes in Bengaluru