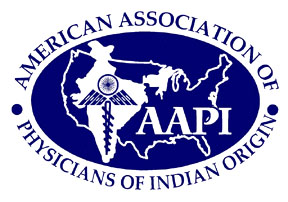 Chicago, July 2 (IANS) An influential group of over 100,000 physicians of Indian origin in the US is seeking a place on the policy table as President Barack Obama’s landmark healthcare reforms are rolled out in autumn.

Members of American Association of Physicians of Indian Origin (AAPI) “should be at the table during implementation stage of the health care reform,” said the association’s new president Jayesh Shah.

“I want AAPI members to remember if you are not at the table, then you are most probably on the menu,” he said as the new AAPI team assumed charge during its third annual convention here last week.

This largest ethnic group of physicians, which plays a key role in providing health services across the US, is also working on a five-year strategic plan to create and lobby for what it calls “a meaningful legislative agenda” for healthcare reforms at the federal level.

“We need to structure one of the best administered organizations that will be responsive to its members, supportive of the leadership and a true advocate for our mission,” Shah said on his vision and goals for the next one year.

He also plans to develop a policy and procedure manual for the day-to-day functioning of AAPI. Shah has already begun a nationwide campaign to increase awareness of childhood obesity issue globally.

A nine-city educational, scientific, and musical tour by Indian music composer and singer Shankar Mahadevan along with the childhood obesity awareness programmes is “yet another way of reaching our mission around the nation,” he said.

Shah graduated from the Baroda Medical College, Gujarat, and after completing his residency at St. Luke’s/Roosevelt Hospital centre in New York, relocated to Texas in 1996.