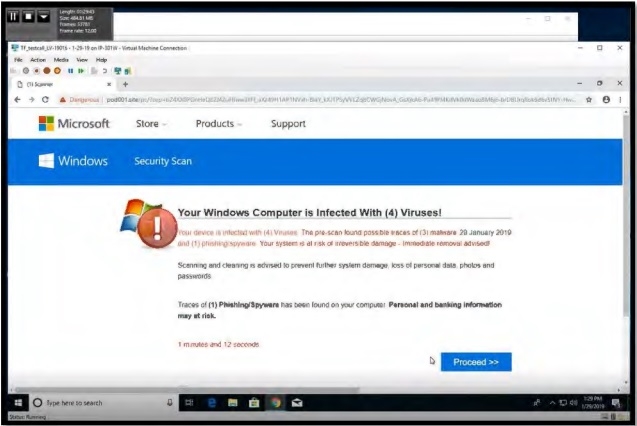 New York, Dec 30 (IANS) A federal court has permanently shut down a US-based computer scam that preyed on elderly Americans using call centre operators in India resulting in losses of hundreds of thousands of dollars.

In a statement on Tuesday, the Department of Justice said that the court gave the permanent injunction against Michael Brian Cotter and four companies barring them offering technical support through telemarketing and web sites following a joint operation by US authorities and India’s Central Bureau of Investigation (CBI).

The alleged fraudsters in some cases impersonated Microsoft, which brought cases to the attention of the Transnational Elder Fraud Strike Force., the Department said.

The Department had filed in October a request for the injunction against Cotter and the companies before the court in Miami, Florida, which is an area with a concentration of retirees, and a temporary injunction was granted immediately and was now made permanent.

The complaint said that Cotter allegedly worked with co-conspirators in India, but did not identify them.

One of the companies mentioned in the complaint is registered in Singapore.

The US federal government also took over 19 domain names like “assistmysoftware” and “helpforsoftware” that were used in the alleged scam to prevent their continued use.

According to the Department of Justice’s complaint, the alleged fraud involved causing pop-up messages to appear on computer screens purporting to be from Microsoft or other companies falsely claiming that the computers were infected with viruses and asking the users to call a phone number for help.

When they called the number it was transferred to call centres in India from where the operators asked to access the computers and then claimed they had detected “non-existent” problems and charged them hundreds of dollars claiming falsely to fix fake issues on the computer, the complaint said.

The Department said that since President Donald Trump signed the Elder Abuse Prevention and Prosecution Act (EAPPA) into law in October 2017, it has participated in hundreds of enforcement actions against scams targeting seniors.