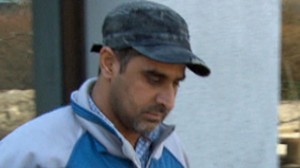 Toronto, April 14 (IANS) The husband of an Indian-origin woman, who was found dead in her house in South Ottawa in Canada’s Ontario province, has been charged with the first-degree murder of his wife.

Bhupinderpal Gill was arrested and charged Sunday with the killing of his wife Jagtar Gill, 43, in their living room in January this year, Ottawa Citizen reported Monday.

Gurpreet Ronald, a neighbour, was charged last week with first-degree murder in the same case.

Ronald has also been said to be romantically involved with the victim’s husband although Bhupinderpal has repeatedly denied the claim.

Ronald was employed in OC Transpo, an urban transit service of the City of Ottawa, the same place where Jaktar’s husband Bhupinderpal worked as a bus driver.

Jaktar was found dead by her husband and teenage daughter, Dilpreet, when they returned home after shopping for her 17th wedding anniversary.

After the arrest of the accused Bhupinderpal, Jagtar’s brother, Satnam Mann, said: “My sister (has) justice today (Sunday). My family has a big, big relief.”

He thanked the police for the consistent probe into Jagtar’s tragic death that shocked his family and the Sikh community in the city.

During its investigation, the Ottawa police had issued a public appeal for information related to a blood-stained metal bar found in a woodland area near the couple’s house that was believed to have been used in the killing of Jagtar in January.

Sources in the police said that the motive for the murder was not yet clear, the report said.