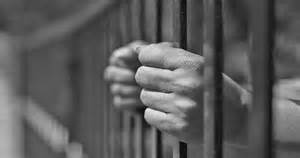 New York, July 27 (IANS) An Indian citizen has been jailed for 30 months by a federal court in Louisiana in the US for illegally selling gun silencers and planning to smuggle more of them disguised as auto parts.

Mohit Chauhan, 31, who is from Pitampura in New Delhi and was sentenced on Tuesday, admitted before federal Judge Elizabeth E. Foote in April that he had dealt with firearms without a license.

Alexander C. Van Hook, the acting federal prosecutor for Western Louisiana, said on Wednesday that Chauhan was contacted by someone who wanted to buy silencers and he discussed by email and phone manufacturing silencers for the client.

The silencers were to be imported as “auto parts” to evade customs, Hook said.

Chauhan brought silencer parts to the Louisiana city of Shreveport in December to show the buyer, according to the prosecutor.

When they met in restaurant in Bossier City to discuss the sale, federal agents recorded their conversation, leading to his prosecution, Hook said.

Chauhan lacked a licence to deal in firearms and the parts had been brought illegally into the US. His customer was not publicly identified.