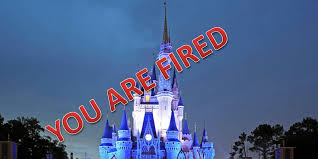 Washington, June 4 (IANS) Indian H-1B visa holders are at the centre of a raging debate over the usage of the temporary visas after 250 employees of Walt Disney were replaced by Indian immigrants as part of a reorganization plan of the entertainment conglomerate, a US daily said.

As many as 250 employees of Walt Disney World were notified in October last year that they would be laid off, but over the next three months they were required to “train their replacements to do the jobs they had lost”, The New York Times reported on Wednesday. The replacements, the daily said, “were brought in by an outsourcing firm based in India”.

“The layoffs at Disney and at other companies, including the Southern California Edison power utility, are raising new questions about how businesses and outsourcing companies are using the temporary visas, known as H-1B, to place immigrants in technology jobs in the United States,” the prestigious daily said.

Immigrants on the H-1B visas do the work of Americans for less money, which “has created a highly lucrative business model”, the NYT quoted a Howard University professor as saying.

“For years, most top recipients of the visas have been outsourcing or consulting firms based in India, or their American subsidiaries, which import workers for large contracts to take over entire in-house technology units — and to cut costs. The immigrants are employees of the outsourcing companies,” the daily said.

Earlier in April this year, a group of senators said the frequency of H-1B-driven layoffs has increased dramatically in the recent past and called for a probe into the issue.

Only 85,000 H-1B visas are granted to foreigners each year, and they are in high demand. Technology giants like Microsoft, Facebook and Google repeatedly press for increases in the annual quotas, saying there are not enough Americans with the skills they need.

HCL America was hired by Disney in 2012. The company said in a statement that details of the agreement were confidential.

On the layoffs, a Disney spokesperson said: “Disney has created almost 30,000 new jobs in the US over the past decade.”