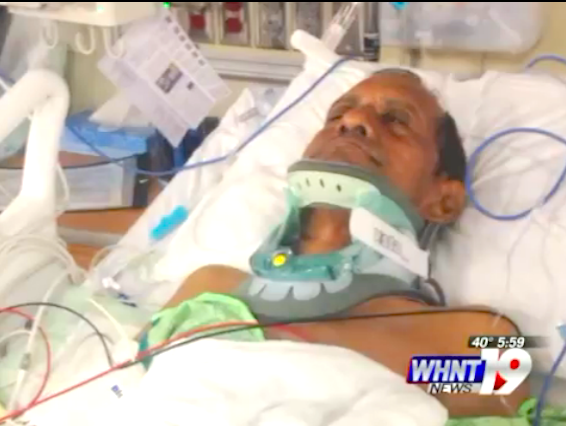 Atlanta, GA: A 57-year-old man from Gujarat who was visiting his son in Madison,Alabama was severely injured after being slammed to the ground by the police, leaving him temporarily paralyzed, according to media reports.

“He was just out for a walk, and apparently someone made a suspicious person call … This is a grandfather who came to help his son and daughter-in-law with their 17-month-old son who was premature and developmentally delayed,” said Henry F. Sherrod, a civil rights attorney from Florence, Alabama, told Al Jazeera.

Sureshbhai Patel, green card holder, had arrived in the U.S. only one week before the incident occurred. His son Chirag Patel, a citizen works as an engineer for a government contractor in Madison.

Police in Madison,A la.responded on Friday to a report of suspicious activity from a neighbor who didn’t recognize the non-English speaking Sureshbhai Patel. When the officers began to question him, Patel said “no English” and “India” as he tried to point to his son’s house and repeated the house number. 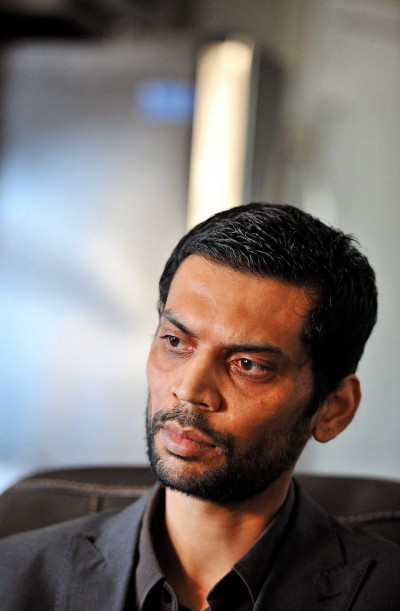 The cops attempted to search him after the caller said the man had been looking in garages, AL.com reported. Unable to communicate with Patel, the officers began patting him down before they claimed the man put his hands in his pockets and “slammed him to the ground,” Sherrod said.

The attack left Patel bleeding from the face, paralyzed and in need of surgery to fuse two vertebrae, local news website AL.com reported. He remains hospitalized and the family expects the recovery to take months, according to WHNT 19 News.

“I think it was because he looked brown,” Al Jazeera quoted Sherrod as saying. The two police officers involved were white. Only one of the two policemen was responsible for the injuries, Sherrod added.

Police issued a statement that the officer responsible for Patel’s injuries had been suspended and that they were investigating his use of force.

The family has decided file suit for damages including Patel’s medical bills  — which will likely be in excess of $100,000 dollars even if he makes a full recovery, according to Sherrod.

The family is also suing to obtain audio and video evidence taken by the police officers during the incident.

Sherrod said the incident is evidence that use of force by police is an issue that extends beyond people who are poor or African-American. “It can happen to anyone. It just takes a little bit of a miscommunication and the officer thinks violence is the solution,” Sherrod told Al Jazeera.

US media sees Modi 'brought down to earth'

Delta to resume nonstop flights to Mumbai, but from NYC instead of Atlanta