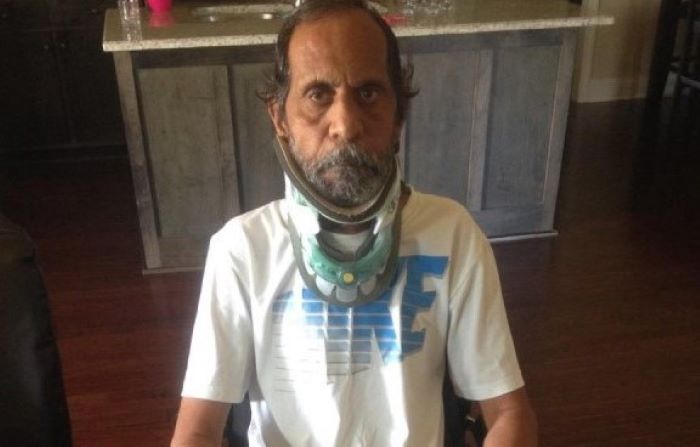 Atlanta, GA, May 25, 2021: Sureshbhai Patel, the grandfather from India, who was injured by a former Madison police officer while visiting his family in 2015, has settled a federal lawsuit for $1.75 million.

Sureshbhai’s attorney, Hank Sherrod, in a statement sent out to media outlets earlier this year, had confirmed the settlement. The case has been formally dismissed, he had said.

Speaking to NRI Pulse today, a family member confirmed the settlement amount but added that it was never about the money. “Sureshbhai’s life does not change because of the settlement,” he said.

Sureshbhai, who continues to need a walker, has since, returned to India. His family did not apply to renew his green card.

Five years before video footage of George Floyd’s brutal murder under the knee of a white police officer led to a mass movement against systemic racism in the country, Sureshbhai’s brutal takedown had whipped up shock and anger.

Sureshbhai, then 57, who had arrived from India only days earlier, was taking a stroll in front of his son’s home in Madison, Alabama on Feb. 6, 2015, when a neighbor called the cops on a “skinny black man wearing a white or light-colored sweater, jeans, and a toboggan hat, walking around close to the garage”.

Minutes later, Patel was approached by two police officers on the sidewalk. They asked Patel for identification. Patel told them he didn’t speak English (at least five times), and tried to indicate where his son lived.

Patel had to be transported to the hospital by ambulance where he spent ten days, had to have surgery, and then had to be transferred to a rehabilitation center. This was confirmed by the Eleventh Circuit Judges in a decision rejecting immunity claims from Parker and the city of Madison.

Despite evidence from two police dashboard cameras, two deadlocked juries couldn’t agree on whether the excessive, unnecessary force used by Eric Parker was a crime.

During the trial, defense attorney Robert Tuten told the jury that Parker’s assault was largely Patel’s fault. “When you come to the US, we expect you to follow our laws and speak our language. Mr. Patel bears as much responsibility for this as anyone.”

Parker no longer works for Madison PD, but according to sources, he is still an officer in uniform.

Last year, in the first victory for Patel since his ordeal began, the Eleventh Circuit Court of Appeals rejected immunity claims from Parker and the city.

“Here, when we credit Patel’s side of the story, no reasonable officer could have thought that sweeping Patel’s legs out from under him and throwing him to the ground headfirst was a reasonable use of force,” the judges wrote. “Patel was somewhat frail and was not resisting or attempting to flee, so the law clearly forbade Parker’s forceful takedown under the circumstances.”