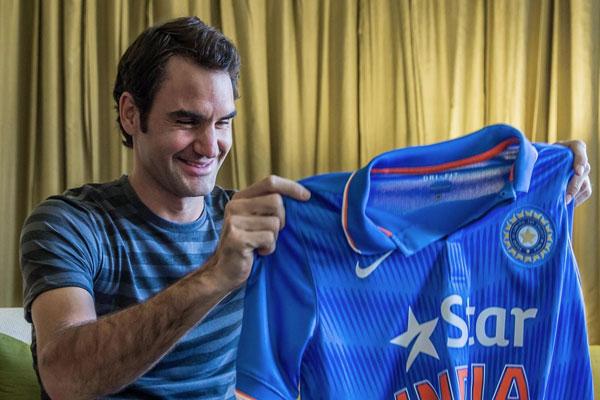 In an interaction with his apparel sponsor Uniqlo, Federer said he loves coming to India not only to visit, but also to play. “I love India. I enjoy going there to visit and also to play. It’s a vibrant country. So many people getting together,” 20-time Grand Slam winner Federer was quoted as saying on Uniqlo India’s Instagram page.

Asked about the people, the 38-year old said: “To me the Indian audience is passionate, energetic and full of life.”

Federer has been to India three times before in 2006, 2014 and 2015. Currently playing in the US Open where he reached his 13th quarter-final in New York, Federer visited India for the first time in 2006 to the tsunami-struck Cuddalore in Tamil Nadu.

Federer was in New Delhi for the International Premier Tennis League in 2014.

Federer also shed light on his favourite dress on and off the court.

“It’s a mix of all, trying to make a nice outfit that works in all conditions that can be anything on the tennis court. And when you play good in it, you feel good in it and if you do win a big tournament, it become an iconic outfit.

“But of course, for me everything started with the headband and then of course the shirt, maybe is the most relevant and most important peiece of an outfit,” he said.

“Probably would be my jeans at the moment and a simple tee,” he said on his preferred casual outfit.

Federer was recently made to sweat by Indian qualifier Sumit Nagal in the first round of the US Open. He eventually won 4-6, 6-1, 6-2, 6-4 after losing the first set.