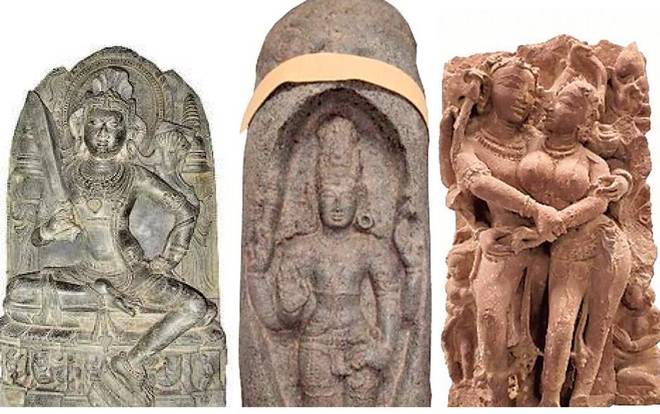 New York, May 8 (IANS) A cache of ancient Indian antiques and valuable artifacts, seized by the US Immigration and Customs Department from arrested art smuggler Subhash Kapoor, have been identified by Indian archaeologists and could soon be returned to the country.

In a statement on Wednesday, the Archaeological Survey of India announced finding over 300 antique objects, including idols dating to the Gupta period (5th-6th century AD) and terracotta objects of the Harappan culture from the storage of Kapoor, who was arrested in 2011 from Germany’s Frankfurt.

The art dealer was later extradited to India and is being tried for theft of objects from various places.

ASI Additional Director General Urmila Sant told IANS that a set of 17 objects were shown by the US Homeland Security department to her and another official during their US visit and the seven bronze and 10 stone objects were identified as antiques “of significant historical value”.

According to the ASI, these comprise “beautiful bronzes from the Suttamalli and Sripurantan temples of Tamil Nadu” and also a “very significant image of Mahakoka Devata”. Of these, four were stolen from the protected monuments at Karitalai, Madhya Pradesh on August 16-17, 2006, it said.

The two-member ASI team comprising Sant and Superintendent Archaeologist P.S. Sriraman visited the US following a communication from the Indian Consulate General in New York.

In addition, Sant said that the Consulate also showed the ASI team 327 objects, out of which 251 were found to be historically important antiques. These include 56 terracotta objects returned by the Toledo Museum (Ohio), which were originally gifted to the museum by Kapoor.

“Majority of them belong to Chandraketugarh, West Bengal, a prominent site of terracotta art in the first decade, CE (Common Era). The rest comprised terracotta objects of Harappan culture and of the Gupta period.”

The objects also comprise those of brass and copper alloys, gold with enamel work, silver, stone and terracotta, including a stone image of Buddha of the Mathura School, a terracotta image of Buddha belonging to the Gupta period and a set of ten copper plates engraved with Quranic verses dating from the late Mughal period.

Two other stone images – of Lingodhbhava of the late Chola period (12th-13th century) from Tamil Nadu and Manjushri of Pala period (10th-11th century) – which were purchased by US museums from Kapoor and were later returned were also examined and identified as antiques.

The ASI official also said that correspondence with the Indian consulate in New York is currently underway, and it could take “one or two years” to get them back in India.

Since many antiquities have been stolen from temples, she also said the objects will be restored to their original places.