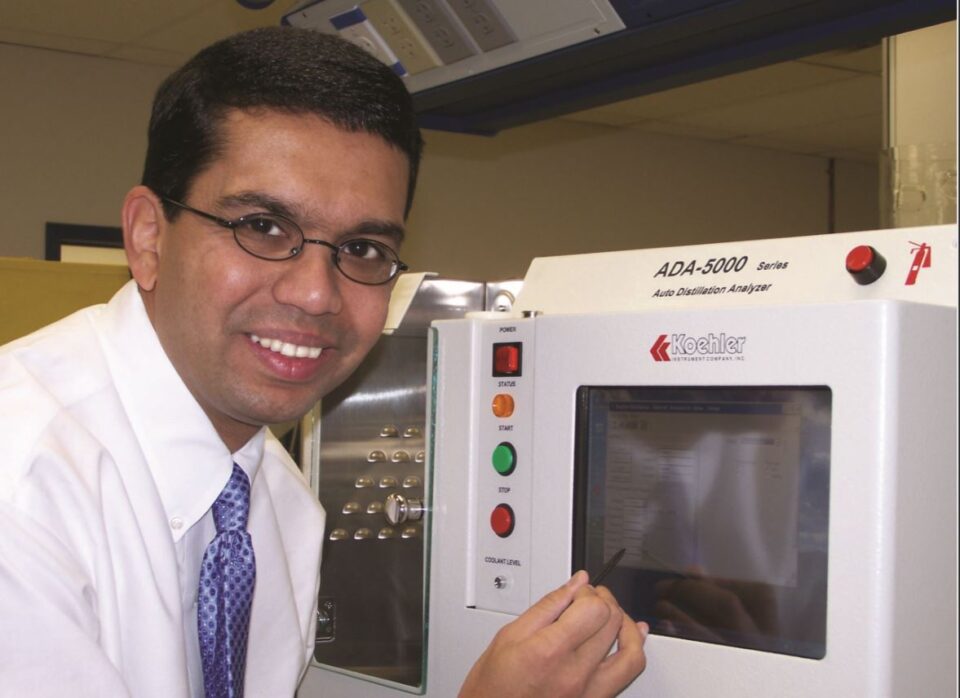 New York, NY, December 15, 2021: Dr. Raj Shah, a New York-based Chemical engineer was inducted as a Fellow at the Institute of Physics this week.

The Institute of Physics ( IOP ) is one of the world’s largest professional body and learned society for physics inspiring people to develop their knowledge, understanding and enjoyment of physics.

The New York-based, Indian American Chemical Engineer has also been inducted as a Fellow at the Institute of Chemical Engineers. The Institution of Chemical Engineers (IChemE) is a world class professional society in its own right, a multi-national institution that advances chemical engineering’s contribution worldwide for the benefit of society. They have over 35,000 members in more than 100 countries and is the leading professional society for Chemical engineers in the world. IChemE applies its expertise and experience to make an influential contribution in solving major global challenges. To be elevated to a Fellow at IChemE is considered the pinnacle in any Chemical engineers career. Dr. Shah was inducted as a Fellow into this Society recently and when contacted by us at that time, he was extremely grateful and said he accepted this honor with great humility on behalf of his colleagues and his family.

This year, Dr. Shah was also invited for induction as an eminent engineer into Tau Beta Pi the oldest engineering honor society in the United States, which has over 600,000 members at 254 colleges and universities across the country An eminent engineer status is rare and is afforded only to one with remarkable and outstanding performance in their chosen engineering field as well as exemplary character. Extensive and significant  contribution to the field of engineering is what got Dr. Shah this honor

Dr. Shah also received another accolade this year by being elevated as a Fellow at the Institute of Measurement and Control. He is the first-ever Indian American engineer to achieve this honor.

The Institute of Measurement and Control is recognized by the Royal Charter as the professional body for scientists and engineers working in measurement, automation and control. Founded in 1944, its members’ original priority was to maintain the national infrastructure and support wartime logistics. During the post-war reconstruction years, attention shifted to developing new major infrastructure programs including nuclear power, oil and gas, the transport network and major industrial and chemical facilities. Dr. Shah was inducted into its Hall of Fellows (its highest honor ) this week. Currently the members of INSTMC are still involved in all the above areas, but the digital age has opened a new sphere of involvement in the area of sensors linked to intelligence.  This includes the Internet of Things, cyber security, smart cities and transport networks, driverless cars, personal health monitoring and astronomical exploration. It is indeed a very unique and singular honor for Dr. Shah to be honored as a fellow by this prestigious institute.

Dr. Shah is no stranger to distinction. He has been named a Fellow at the Royal Society of Chemistry, UK which boasts such historical members as Sir Isaac Newton, Charles Darwin, and Albert Einstein.

Dr. Shah was also honored recently as well, by the Energy institute with the title of a Chartered petroleum engineer. He is the first Indian American scientist to achieve this distinction as well. The Energy Institute (EI) is the largest professional membership body that brings global energy expertise together. The global energy industry, the people working in it and wider society all benefit from the EI’s work. Election to the status of a chartered petroleum engineer so far has been limited to just 7 people in the United States. Dr. Shah is the first Indian American engineer to be conferred this honor.

Dr. Raj Shah is widely recognized worldwide for his contributions to the field of Fuels, Lubricants, and Greases. His specialization is in the development of laboratory analytical instrumentation used primarily in the petroleum laboratory. He has been recognized for his inventions and his efforts in creating standardized test methods for use worldwide by the American standard of testing materials ( ASTM International )  with three awards of Excellence and an ASTM Eagle award (a sui genres distinction) .  He is the currently the Director at Koehler Instrument Company, Inc. based in Holtsville, NY and he currently serves, or has served on the Board of Directors/ Advisors of various institutions such as the Department of Material science and Chemical Engineering , State University of New York, Stony Brook, NY, Farmingdale College ( Mechanical Technology ) , in Long Island NY, The School of  Engineering, Design, Technology and Professional Programs (SEDTAPP) at Penn State University, PA,  Tribology Minor in engineering at Auburn University, the Foundation Board at Developmental Disabilities Institute in  Smithtown, NY until 2009, and he served on the board of directors of  the National Lubricating Grease institute  for almost 2 decades. With over 450 publication in journals worldwide he is also an Adjunct Professor at the Dept. of Material science and Chemical Engineering and State University of New York, Stony brook, NY

Dr. Shah is now an elected  Fellow at STLE, IOP, CMI, NLGI, AIC, RSC, InstMC, IChemE and EI a singular honor that is indeed unprecedented worldwide. In addition to a Ph.d in Chemical Engineering from Penn State  university three decades back, he also a Fellow designation at the Chartered Management Institute in London

Dr. Shah’s other interests include kayaking, mixology and mobile photography. He lives currently in Long island , NY with his wife of 25 years Dr. Niloufar Faridi and their son Kian. They are active in the special needs and paddling communities and enjoy participating in various philantropic community events.