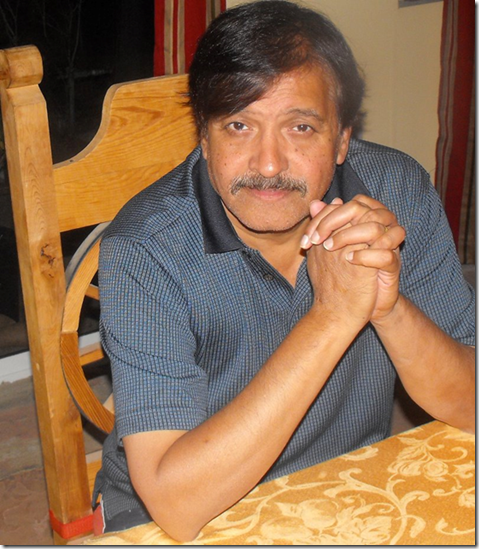 Gune, who holds a doctorate in counseling psychology with emphasis on mind-body medicine, is bringing to bear a fusion of treatment approaches, which his recent patients extol.

PTSD has been described by the National Institute of Mental Health (NIMH) as “a disorder that develops in some people who have experienced a shocking, scary, or dangerous event”. America’s international engagement in various wars combined with policing a heavily armed citizenry at home have led to a large number of veterans as well as first respondents falling prey to PTSD. According to some statistics, eight per cent of Americans, or nearly 25 million, have some form of PTSD.

What Dr. Gune and his wife Dr. Sandra Gune, a holistic chiropractor, offer is a five-day treatment drawing on a combined mind-body approach that looks at PTSD related ailments as both external and internal. “In the West, mind and body were always separate. External cure became crucial. There had been no integrated approach to health in the 20th century. We bring a holistic treatment which recognizes that health is as much about body as it is about mind,” Dr. Gune told IANS in an interview.

“Healing is a comprehensive process beyond just external care. I get into the root cause of PTSD by employing many aspects of my professional training as well as ancient Indian practices,” he said.

A former journalist in Mumbai, who once reported major political stories, Dr. Gune took to his new profession over two decades ago. His wellness center, Nurturing Nest, sits amidst the austere landscape of California’s Desert Hot Springs. It is a 12-room, well-appointed retreat with calming mountain views and mineral rich hot springs on the property. With its minimalist Zen décor, the center in the Palm Springs region of California desert enjoys high patronage from patients seeking a variety of mind-body treatment.

IANS spoke to some of Dr. Gune’s patients either emerging from or in the midst of their treatment. “It is like a huge weight that has lifted off my back,” a Seattle police officer, who had been suffering from PTSD for two years, said. “Ramesh dug into my past and found issues that needed to be addressed. The issues were a combination of personal and professional.”

The police officer described his treatment as “remarkable and unlike any I had experienced before”. He said the traditional approach to PTSD that he had tried through medication and other external therapy had not worked. “Ramesh explained to me how trauma accumulates over the years and manifests in many different ways affecting patients in many ways,” he said.

“Think of trauma as a sort of plaque that accumulates inside you. It has to be cleared first in order to get to the real issues. What has been happening in America is that doctors casually prescribe a variety of powerful painkillers for trauma-related illnesses. That leads to addiction. The opioid crisis is a direct result of this. It has become a racket,” he said.

“Trauma creates a condition where the patient is no longer able to deal with life normally without drug dependency,” he said.

Dr. Gune said 99 percent of Vicodin, a powerful painkiller, is consumed in America and has become a major source of addiction. “Because the health establishment does not take an integrated approach, the emphasis has been on just external cure. Mindfulness, yoga and meditation have now all been accepted as legitimate and effectives ways to deal with the growing health crisis,” he said.

The Seattle police officer said he witnessed a patient under hypnosis during his treatment at Dr. Gune’s wellness center. He called the experience “the craziest thing I have seen”. As the patient externalised his trauma, years of accumulation of pain began to fall away. He said at the end of the session the patient was a different person altogether.

Speaking about his own treatment, the police officer said he was a “transformed man” who will return to policing with an openness that he may not have had before.

The experience of a firefighter, also from Seattle, was similar. He said he had “stuffed my issues down for 20 years” until recently when “cracks began to show up”. Both the patients said many first respondents felt discouraged for a long time because PTSD was stigmatized as an imaginary problem of the weak. However, as American soldiers return home from Afghanistan and Iraq and many of them develop symptoms of PTSD leading to a serious health crisis general empathy and awareness about PTSD has begun to increase. It has now come to a stage where PTSD is recognized as an important health debate with serious grounding in reality.

The firefighter said even within his department, there was now complete acceptance of PTSD as a genuine health problem. Of his treatment, he said he was “blown away” by the results. “The beauty of Ramesh’s treatment is that he is able to intuitively approach all cumulative traumatic events and dissociate them,” he said. The combination of breathing techniques, meditation and mindfulness has led to an openness in him which he did not feel earlier, he said.

Dr. Gune said it is not surprising that America has begun to recognise that “psychotropic drugs do not work.” “It is no accident that in the past three years, the yoga business has grown from $10 billion to $16 billion now. Mind-body convergence is no longer scoffed at. It is accepted as clearly related,” he said.

Because of the expertise that Sandra and Ramesh bring to the PTSD realm, Nurturing Nest has become a sought after PTSD treatment center for the first respondents from different parts of America. For now, Dr. Gune says, he would like to keep it a modest operation before he decides to scale it up. There are expectations that entities such as the Department of Veterans Affairs could also avail the Gunes’ expertise in dealing with PTSD among active and retired soldiers.