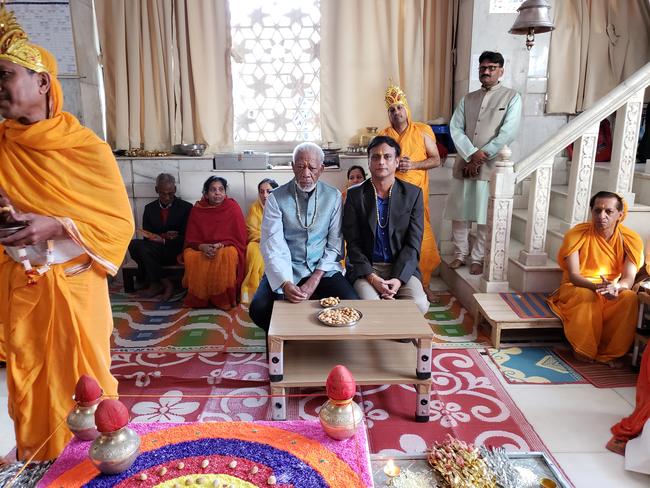 Atlanta, GA, March 29, 2019: An Indian-American professor will share his views on religion on Oscar-winning actor Morgan Freeman’s documentary series, ‘The Story of God’.

Dr Pankaj Jain will feature in an episode of the National Geographic series “The Story of God with Morgan Freeman” that airs on Tuesday, April 9th, 2019.

Originally from Rajasthan, Jain received a PhD in religious studies from the University of Iowa in 2008 and is currently associate professor in the Department of Philosophy and Religion at University of North Texas.

“The Story of God with Morgan Freeman” is a documentary series that first aired on the National Geographic Channel in April 2016. The series features actor Morgan Freeman who visits various countries across the world to experience different religions and interview scholars and practitioners. First and second seasons are now available on Netflix, a third season will begin on March 5th, 2019.

In the episode on Tuesday, April 9th, Freeman and Dr. Pankaj Jain will introduce Jainism to the audience of the National Geographic Channel worldwide.

Freeman will be shown participating in rituals that he performed at the Jain temple in Kathmandu, Nepal, and will be interviewing Dr. Jain.