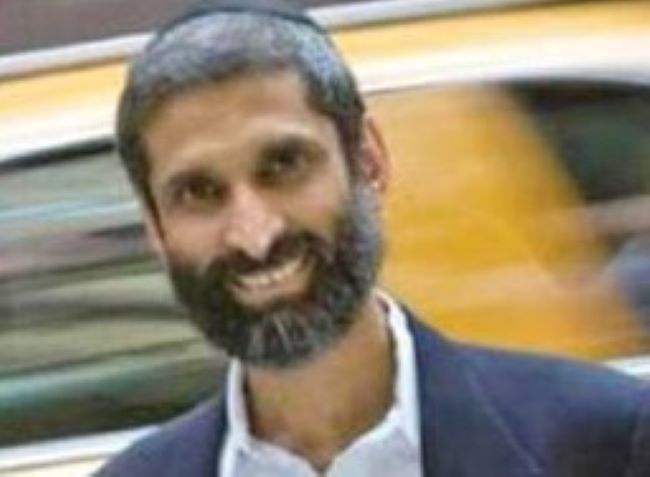 New York, Nov 26 (IANS) An Indian-American professor, who spoke to the Pakistani terrorist in a bid to save the Jewish family held hostage during the 26/11 terror strike, recalled the eerie calm with which the man spoke.

P.V. Viswanath recalled in an article that the terrorist, who identified himself as ‘Imran’ and was later identified Imran Babar, demanded to speak to an Indian government official and then wanted one of his fellow terrorists, who was captured, brought to him.

The professor, a convert to Orthodox Judaism, had volunteered to interpret for Levi Shemtov, a rabbi and an emissary of the Chabad movement whose center at the Nariman House had been raided by the Pakistan-based Laskhar-e-Taiba terrorists.

In an article for Forward, a Jewish publication, he recalled his “nearly 17-hour ordeal that soon had me in prolonged negotiations with the terrorists holed up in the Jewish center, moving toward a deathly denouement”.

Gavriel Holtzberg, a rabbi who was in charge of the Chabad Jewish center at Nariman House, his wife Rivka, and four others were murdered by the terrorists. His two-year-old son, Moshe, was saved by his nanny, Sandra Samuel.

Viswanath wrote that he had a personal connection because he had visited the Chabad center and met Holtzberg during visits to Mumbai, where he had grown up.

Judaism is a non-proselytizing religion and the aim of the center run by the Lubavitcher sect was to cater to Jews in India and those visiting, a large number of them young Israelis.

Speaking to another publication, Voz Is Neias, Viswanath wondered about what could have been the final outcome of the talks with Babar.

When Shemetov managed to reach the mobile phone of Holtzberg during the crisis, it was picked up by an Urdu-speaker, Viswanath wrote in the Forward.

When he was linked on a conference call with the terrorist, Viswanath recalled that “his voice was so soft that I assumed the connection must be bad” but soon realized that “there had hardly been any tension in the voice at the other end… he had been calm and collected”.

Asked about the condition of Holtzberg and his family, the terrorist told him: “We haven’t even slapped them around,” Viswanath wrote.

He said Babar’s one demand was: “Put us in touch with the Indian government and we will let the hostages go.”

While they were scrambling to find an official to talk to and were being transferred to different offices, Babar told them that one of his comrades had been captured and wanted him brought to him, Viswanath wrote. “Do this, and we will let your friends go,” the terrorist said.

When they finally found an Indian police official ready to join their talks with the terrorist, “we lost our connection”, Viswanath wrote.

“Unfortunately, we did not succeed in finding anybody else in Bombay, nor were we ever able to contact Imran again,” he added.

Viswanath wrote that when they asked Babar how many of them were there, he grew annoyed and said: “It seems like you’re not interested in saving your friends, that you’re asking all these irrelevant questions. Keep to business matters and think of how to do what we are asking you to do.”

Another Pakistani, Abu Umar, was also at the Chabad center and both terrorists were found dead after Indian commandos descended on the building from a helicopter.

“Even during the few times that Imran expressed annoyance and uttered low-level threats, it didn’t sound as if he felt pressured in any way,” he wrote.

“The police had cut off electricity to the Nariman House and had surrounded the building on all sides, including from the air, where helicopters were keeping a watch, but Imran gave no indication of being rushed,” he added.

Viswanath’s family is originally from Palakkad area in Kerala. He is now a finance professor at Pace University in New York.

Besides his mother tongue Tamil, he has studied 15 languages, he says on his web page.

One of them is Yiddish, the language of some European Jews and it was that linguistic interest that led him to Judaism, and the adoption of the Hebrew name, Meylekh.