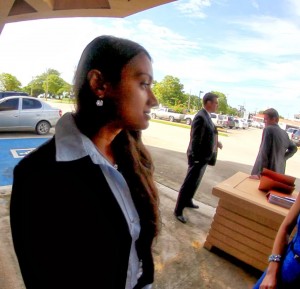 New York, Aug 26 (IANS) Indian-American lawyer Reena Patel has been named civil division chief in the attorney general’s office in the Northern Mariana Islands, one of the five inhabited US island territories.

Officially the Commonwealth of the Northern Mariana Islands (CNMI), it consists of fifteen islands in the western Pacific Ocean, about three-quarters of the way from Hawaii to the Philippines.

“It is evident through her hard work that Ms. Patel will continue to succeed in our office, and most importantly, in her new role as chief. I can attest to her capabilities and her commitment to serve the people of the CNMI.”

As chief, Patel’s duties and responsibilities will be that of administering the day to day operations of the department.

“I am honoured to be offered the position of chief of the civil division. I look forward to continue serving the people of the commonwealth in my new role,” said Patel.

Patel, a native of New York City received her undergraduate degree from New York University in 2000, a law degree from the Thomas Jefferson School of Law in 2008, and an LLM in international trade in 2009, according to a media release.

After law school, Patel entered private practice in San Diego until she moved to the CNMI in March 2012 to serve as an assistant attorney general.

While working at the office of the attorney general, Patel has served as legal counsel to numerous government agencies including commerce, labor, and consumer counsel.