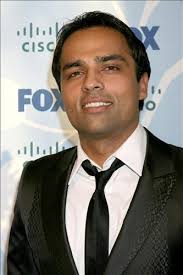 But the tech millionaire, who was arrested last August after police responded to a 911 domestic violence call at his San Francisco penthouse apartment, was sentenced to only three years’ probation, 52 weeks in a domestic violence training programme and 25 hours of community service.

His girlfriend told arriving officers that she was unable to breathe and that Chahal had told her four times, “I’m going to kill you”, San Francisco officer Anh Nguyen was quoted as telling the San Francisco Business Times in March.

“She stated she was in fear for her life.”

According to the Post, home security footage reportedly showed Chahal beating and kicking his girlfriend 117 times during the 30-minute attack.

Prosecutors said Chahal lashed out at his girlfriend upon learning that she had cheated on him with another man during a trip to Las Vegas, according to court documents.

Soon after Chahal posted his $1-million bail and hired former federal prosecutor James Lassart as his attorney, his girlfriend stopped cooperating with the investigation and refused to testify against him, the Post said.

During a preliminary hearing, Lassart did not deny that Chahal repeatedly struck his girlfriend, but insisted the physical damage was overblown.

In a crippling blow to the prosecution, San Francisco Superior Court Judge Brendan Conroy ruled that the surveillance video could not be used as evidence because police seized it illegally from Chahal’s apartment, the Post said.

The prosecution argued it likely would have been erased if police had waited for a warrant.

RadiumOne is Chahal’s third company. Once named one of America’s “most eligible bachelors” by ExtraTV, Chahal sold his first online-ad network, ClickAgents.com to ValueClick at the age of 16 for $20.5 million in stock, the Post said.

Seven years later, he sold BlueLithium, which also he founded, to Yahoo for $300 million in cash.

In 2009, he authored a book about himself called ‘The Dream: How I Learned the Risks and Rewards of Entrepreneurship and Made Millions’.