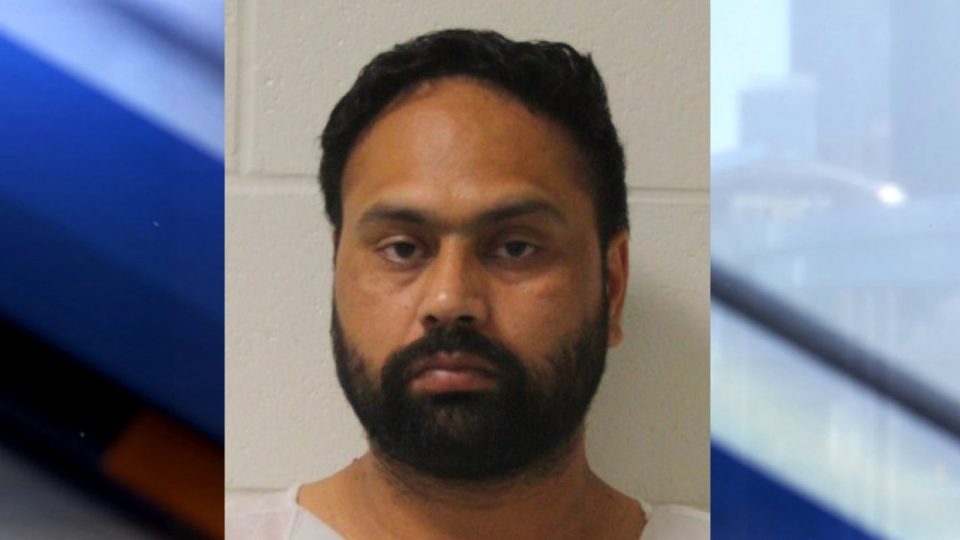 New York, July 3 (IANS) An Indian-origin man has been charged with killing his wife, her parents and her aunt in a shooting rampage that had created fears of anti-Sikh violence in the US state of Ohio.

West Chester police Chief Joel Herzog announced on Tuesday the arrest of Gurpreet Singh on four charges of murder, according to WCPO TV in Cincinnati. It reported that Butler County Prosecutor Mike Gmoser intended to seek the death penalty.

Gurpreet Singh’s wife Shalinder Kaur, 39, her parents Hakikat Singh Panag, 59, and Paramjit Kaur, 62, and her aunt, Amarjit Kaur,58, were found shot dead at his residence in West Chester in Ohio state on April 28.

His two daughters aged 11 and 9, and a son aged 5 were not at home at that time and were physically unharmed.

He had called the police himself after the shootings and told them that he had found the bodies when he came home. Early in the investigations, officials said that they ruled out hate crime.

The police in Branford, Connecticut state, who arrested Gurpreet Singh, said in a statement that after the West Chester police notified them that he was staying at a residence in Branford, officers saw him leaving the place and he was apprehended in the parking lot of a nearby store. He was supposed to be produced in court on Wednesday.

A post made on Branford Police Facebook page on the behalf of the victims’ family thanked the police, the Federal Bureau of Investigation and other agencies “who worked hard to give justice”. They said they were “also thankful to the American government and Indian government”.

WFSB TV said that Gurpreet Singh is a truck driver who is often away from home.

The four victims were shot a total of 18 times, all but once to their heads, with Pannag taking eight bullets, WLWT TV station reported citing officials.

The Cincinnati Enquirer reported that after the shooting, Gurpreet Singh had broken down as he said in a mix of Punjabi and English: “I have no words. The trauma has been too much. It’s too hard to even think of all that has happened. My brain is not working”.

The newspaper quoted Ajaib Singh, who is a brother of both Amarjit Kaur and Paramjit Kaur, as saying: “I am not surprised at Gurpreet’s arrest. I expected it. We knew there were disputes in the family and we expected fist fights or a divorce but we never expected the whole family to be killed”.

“We trusted him, we treated him like a son. It’s painful to me, nobody deserves to die like this, nobody”, he said.

The Enquirer said that soon after the killings Gurpreet Singh had “received an outpouring of support from the Guru Nanak Society of Greater Cincinnati, the local Sikh gurdwara”.

It quoted Satinder Bharaj, past President of the gurdwara, as saying: “I hope the truth comes out and we get an answer to the question of why this happened or had to happen”.

Authorities have not revealed details of the case against Gurpreet Singh or the alleged motives.

According to WLWT, West Chester Township spokeswoman Barb Wilson had said: “It is critical to the investigation that details and evidence be carefully guarded in order to preserve the integrity of the case, the identification of a potential suspect and future prosecution.”

In 2012, a White supremacist had killed six people in a gurdwara in Wisconsin state before killing himself.
Due of that and other incidents of attacks on Sikhs because their identity is mistaken, there were fears that the Ohio quadruple killing may have been a hate crime.

But from the initial phase of the investigation, officials reassured the community that they did not consider it a hate crime.

WLWT said that according to Amarjit Kaur’s son Jasdeep Singh, a march was held in Punjab on Sunday to “fight for justice” for the victims. It showed a clip of the protest but did not say where in the state it took place.